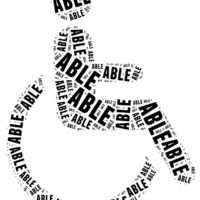 Vaughan has been diagnosed with anxiety, depression, and panic attacks. Late in the date on Monday, January 30, 2017, Vaughan began experiencing chest pains and went to the emergency room, fearing she was having a heart attack. On Tuesday, Vaughan told her supervisor, Pumphrey, that she had experienced chest pains. After two days of treatment, Vaughan learned that her chest pain had been the result of a panic attack. On Wednesday, Vaughan told Pumphrey that she had anxiety, depression, and had suffered a panic attack.

Vaughan reported back to work on Friday, but she began experiencing another panic attack and left work. That same day, Vaughan told another supervisor, Lynch, via email that she had left work early because she was “having another panic attack.” When Vaughan returned to work the following Tuesday, she met with the two supervisors, Pumphrey and Lynch, in order to discuss why she had left work early on Friday. Instead, she was fired. According to Vaughan, a supervisor told her that “it was not working out” due to her health problems and that she needed to take care of herself.

Crain filed a motion with the trial court seeking dismissal of Vaughan’s disability discrimination claim. In doing so, Crain’s maintained that Vaughan’s discrimination claim was baseless and that she was not entitled to proceed to a jury trial. The trial court denied Crain’s motion for dismissal and ruled that Vaughan had presented sufficient evidence to prove that she was fired because of her disability to take the case to the jury.

The trial court found that the supervisor’s comment to Vaughan during the termination meeting that “it was not working out” due to her health problems and that she needed to take care of herself was direct evidence of disability discrimination. The trial court reasoned that if a jury “believed these facts, it could draw the inference that an illegitimate criterion—Vaughan’s disability—actually motivated her firing.” In other words, because Crain’s fired Vaughan due to health problems that were related to her disability, a jury could find that Crain’s fired Vaughan because of her disability in violation of the ADA. The trial court further explained that the supervisor’s comment was not a statement by a decision-maker unrelated to the decision to fire Vaughan. Instead, the trial court observed, “the comment was made during the meeting in which Vaughan was fired, it was made by Vaughan’s supervisor, and it relates directly to the decision to fire Vaughan.” The trial court also pointed out that the comment that Vaughan should take care of her health was not made with the “intent of attempting to preserve or promote her, as she was fired in the same conversation.”

Based in Ocala, Florida and representing employees throughout Central Florida, our Marion County, Florida wrongful discharge attorneys have been fighting for the rights of employees for nearly twenty years. If you have been wrongfully fired or have questions about your protection against disability discrimination, please contact our office for a free consultation with our Marion County, Florida wrongful attorneys. Our employment and labor law attorneys take wrongful discharge cases on a contingency fee basis. This means that there are no attorney’s fees incurred unless there is a recovery and our attorney’s fees come solely from the monetary award that you recover.