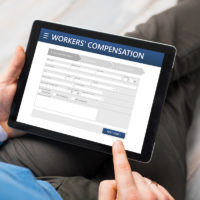 Having dedicated their practice to fighting for the rights of employees, our Citrus County, Florida employment law attorneys have learned that some employers try to prevent employees from making a workers’ compensation claim by using tactics of intimidation and coercion. In many cases, employees are warned, explicitly or implicitly, they will suffer adverse employment consequences if they make a workers’ compensation claim. Under Florida law, it is unlawful for employers to discharge, threaten to discharge, intimidate, or coerce employees because they have made or attempted to make a workers’ compensation claim. The alleged facts in the recent decision in Jackson v. Aulick Chemical Solutions, Inc., 2018 WL 310139 (E.D. Ken. Jan. 1, 2018) are illustrative of the type of employer tactics made unlawful under Florida law. Learn more about retaliation and being fired after filing workers compensation below.

In that case, Wil Jackson (Jackson) alleged that his former employer, Aulick Chemical Solutions, Inc. (ACS), fired him in retaliation for making a workers’ compensation claim. Jackson was hired as a sales and customer representative working out of his home. In February 2016, the owner of ACS informed Jackson that he would be reassigned to a research and development engineering position. The base pay and benefits were equal, but unlike the sales position, the engineering position did not bring with it the promise of commission, which was as much as $10,000 or more a year.

ACS filed a motion with the trial court seeking dismissal of Jackson’s claim that he was fired in retaliation for making a workers’ compensation claim. In doing so, ACS maintained that Jackson’s case was meritless and Jackson was prohibited from bringing his case before a jury for resolution. The trial court denied the motion for dismissal and ruled that Jackson’s retaliatory discharge claim must be resolved by a jury.

Reasons For Discharge “Are Flimsy, Even Nonsensical”