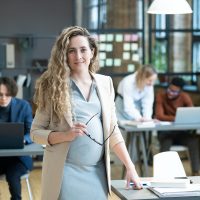 In that case, a woman named Jasnic brought a pregnancy discrimination claim against her former employer, Bisco, Inc. (Bisco), pursuant to the Pregnancy Discrimination Act (PDA). Under the PDA, employers are forbidden from discriminating against employees on the basis of pregnancy, childbirth, or related medical conditions. Jasnic claims that Bisco violated the PDA by firing her because of her pregnancy.

Jasnic worked as a product manager at Bisco, a dental medical-device manufacturer, beginning in March 2018. In April 2019, Jasnic informed her supervisor, Steyer, that she was six weeks pregnant. On September 27, 2019, a management-level employee, Suh, instructed Steyer to put Jasnic on a performance improvement plan (commonly known as a PIP). Bisco claims that Jasnic’s performance at a convention was the reason for the PIP. Specifically, in early September 2019, Jasnic attended an American Dental Association (ADA) convention in San Francisco. Bisco alleges that Jasnic failed to show up for a Bisco-paid event (a tour of Alcatraz), and also did not engage with guests as she was required by her job. Bisco also contends that Jasnic failed to appear at Bisco’s booth on the Friday of the contention—choosing instead to have coffee with a friend.

Jasnic denies doing anything wrong at the convention. Jasnic asserts that she did not attend the Alcatraz trip because it was voluntary and because she had morning sickness. Jasnic says that she completed all her job duties, including appearing at Bisco’s booth on the Friday of the convention. The PIP refers only to Bisco’s criticisms of Jasnic related to the ADA convention.

Three days after receiving the PIP, Jasnic told Suh she was pregnant. During the same conversation, Jasnic allegedly complained to Suh that the PIP was based on her pregnancy and thus discriminatory. Jasnic had made similar complaints to Steyer earlier that month. When nothing was done, Jasnic complained to Human Resources.

As part her the PIP, Jasnic was subject to periodic performance reviews in 30, 60, and 90 days. In the 30-day PIP review, Steyer stated that Jasnic did not achieve the intended metric of “positivity and performing as a team player.” Jasnic’s 60-day PIP review was “positive,” stating that Jasnic had “been approachable and cooperative,” and had “refrained from engaging the negative conduct noted in the preceding review.” In the final 90-day PIP review, Bisco claimed that Jasnic failed to meet the company’s core values of positivity and performing as a team player. The final 90-day review also stated that Jasnic “had incomplete work assignments and issues with accuracy in her work.” In December 2019, Bisco’s management team including Suh, fired Jasnic.

Bisco filed a motion with the trial court seeking dismissal of Jasnic’s pregnancy discrimination claim. In denying Bisco’s motion for dismissal the trial court focused on the suspicious timing and substance of the PIP.

The timing of the PIP was suspicious, the trial court observed, because Jasnic was subjected to the PIP directly on the heels of disclosing her pregnancy. “What this means,” the trial court reasoned, “is that a reasonable jury could find that [Bisco], knowing of Jasnic’s pregnancy, imposed a baseless (in Jasnic’s telling events) PIP.” In other words, the suspicious timing between Jasnic’s disclosure of her pregnancy and the PIP was evidence that Bisco targeted Jasnic for the PIP because of her pregnancy.

The substance of the PIP was suspicious, the trial court explained, because Jasnic’s 60-day PIP review was “positive,” but the final 90-day PIP review was “negative.” The 90-day PIP was also suspicious because the final review “alleged—for the first time during the PIP process-that Jasnic’s lack of effort to perform her duties and on-time excluded her as a performing team player.” “The final review also stated that there were allegedly incomplete assignments.” “But this criticism,” the trial court noted, “was absent from any previous PIP review.” “And just as odd,” the trial court observed, Jasnic claims that “no one had told her about these alleged problems during the PIP.” What this means, the trial court reasoned, is that “Bisco offered out-of-the-blue grounds to fire Jasnic, all without giving her a chance to address the alleged problems.”

Based on this evidence, the trial court determined, a reasonable jury “could infer that the negative final review was baseless.” Instead, given the Bisco learned of Jasnic’s pregnancy “right before instituting the PIP, and then the PIP ended in a set of [allegedly] false reasons for the firing, a jury could reasonably find that Bisco was motivated by Jasnic’s pregnancy.”