Does A Mandatory Retirement Age Violate The Age Discrimination In Employment Act? 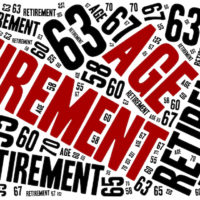 The ADEA does contain an exception to general prohibition against age discrimination. Under the ADEA, an employer is lawfully permitted to make an employment decision on the basis of age if the employer can show that reliance on age is justified by the bona fide occupational qualification defense (BFOQ). Employers generally invoke the BFOQ defense when utilizing a maximum hiring or mandatory retirement age. The employer must demonstrate that the age limitation is a bona fide occupational qualification necessary to the performance of the duties of the job involved. In seeking to establish the BFOQ defense, employers customarily argue that the age limitation for the job involved is necessary because of safety considerations. For example, the U.S. Fifth Circuit Court of Appeals in E.E.O.C. v. Exxon Mobile Corp., 560 Fed.Appx. 282 (5th Cir. 2014)recently held that Exxon’s mandatory retirement policy requiring its corporate pilots to retire at age sixty was justified by the BFOQ defense because of public safety concerns.

In Criswell, the Supreme Court examined the legal standards for a BFOQ defense and adopted a two-part test for establishing a BFOQ exception to the ADEA. When an employer satisfies the two-part test, the employer may lawfully rely on age when making an employment decision, including lawfully require mandatory retirement at a specified age.

The Court’s decision in Criswell reflects the limited scope and application of the BFOQ defense. In that case, the Court assessed whether Western Air Lines’ (Western) requirement that its flight engineers retire at age 60 was justified by the BFOQ defense under the ADEA. Western’s age limitation was derived from a regulation of the Federal Aviation Administration (FAA) prohibiting any person from serving as commercial pilot if that person has reached his or her 60th birthday. The FAA justified its mandatory retirement for pilots on grounds that incapacitating medical events and other adverse physical changes occur as a consequence of aging. However, the FAA had not established a mandatory retirement age for flight engineers. Western contended that its mandatory retirement age for flight engineers qualified as an BFOQ exception to the ADEA.

After setting forth the two-prong test for establishing the BFOQ defense, the Supreme Court considered Western’s argument that its mandatory age retirement for flight engineers qualified for the BFOQ exception because the age limitation was reasonable in light of the safety risks. In rejecting Western’s argument, the Supreme Court explained that the BFOQ standard is one of “reasonable necessity,” not reasonableness. Thus, the Court reasoned, the ADEA imposes a substantially higher burden of proof on employers than mere reasonableness. The Court also pointed out that a reasonableness standard is inconsistent with the purpose of the ADEA. Under the ADEA, employers are to evaluate employees “on their merits, and not their age.” In rejecting Western’s argument, the Court held that Western’s mandatory retirement age for flight engineers was not justified by the BFOQ defense under the ADEA.

A more recent case brought by the EEOC, EEOC v. Asian World of Martial Arts, Inc., in the U.S. District Court, Eastern District of Pennsylvania, on behalf of Morris Pashko (Pashko) further illustrates the limited scope and application of the BFOQ defense. In that case, the EEOC alleged that Asian World of Martial Arts, Inc. (Asian World) terminated Pashko, who was 74 years old and oversaw the company’s bookkeeping, accounting, and other financial activities, pursuant to a mandatory retirement policy of age 67. Asian World allegedly notified Pashko, while he was in the hospital recovering from surgery, that it had implemented a policy mandating retirement at age 67 and he would be terminated pursuant to that policy next month. The next month, according to the EEOC, Pashko was terminated pursuant to the mandatory retirement policy. On May 11, 2011, the EEOC and Asian World entered into a Consent Decree wherein Asian World agreed to pay Pashko $100,000 to resolve the case.

Under Supreme Court precedent, an employer bears a heavy burden in proving that a mandatory retirement policy of age 67 for its bookkeepers or accountants is justified by the BFOQ defense under the ADEA. Because the BFOQ defense has only limited scope and application, it is highly unlikely that an employer would be able to withstand a court’s heightened scrutiny and establish a substantial factual basis for believing that all or nearly all persons over the age of 67 would be unable to safely and efficiently perform the duties of a bookkeeper or an accountant. In the absence of showing that a mandatory retirement policy of age of 67 for bookkeepers or accountants qualifies as a BFOQ exception to the ADEA, an employer’s decision to terminate a bookkeeper or accountant aged 67 or older pursuant to such a policy would violate the ADEA.