Does A National Origin Harassment Claim Require Evidence The Harasser Referred To Where The Victim Is From? 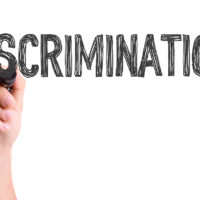 Employee Ridiculed Based On National Origin

In that case, the U.S. Equal Employment Opportunity Commission (EEOC) brought an employment discrimination claim on behalf of Mohommend Rafiq (Rafiq) against WC & M Enterprises, Inc., d/b/a Streater-Smith (Streater-Smith). The EEOC claimed, in relevant part, that Rafiq, who is from India, was harassed based on his national origin in violation of Title VII. Rafiq was employed as a car salesperson at Streater-Smith’s automotive dealership.

After the September 11, 2001 terrorist attacks, Rafiq began experiencing problems with harassment. A co-employee, Kliene, and a finance manager, Argabrite, began calling Rafiq “Taliban” whenever they saw him. They also referred to him as an “Arab” even though Rafiq told them on numerous occasions that he was from India. On one occasion, Kliene remarked to Rafiq, “Why don’t you just go back to where you came from since you believe that you believe?” Kliene and Argabrite also mocked Rafiq’s dietary restrictions and need to pray during the workday. Rafiq’s direct supervisor, Swigart, also called Rafiq “Taliban” on four or five occasions. On one occasion, Swigart said, “This is America. That’s the way things work over here. This is not the Islamic country where you come from.” According to Rafiq, this harassment continued through the end of his employment.

In reversing the trial court, the Fifth Circuit explained that “a party is able to establish a discrimination claim based on [ ] national origin even though the discriminatory acts do not identify the victim’s actual country of origin.” In order to have a claim of national origin harassment, the appellate court observed, it is enough to show that the victim “was treated differently because of his or her foreign accent, appearance, or physical characteristics.” In fact, the court of appeals pointed out, “it is not necessary to show that the alleged discriminator knew the particular national origin group to which the [victim] belonged.” Thus, a national origin harassment claim may still be established even when a co-worker “ignorantly use[s] the wrong derogatory ethnic remark” toward the victim.

The Fifth Circuit also found that although none of the harassing comments specifically referred to where Rafiq is from, the comments referred to Rafiq’s “national origin generally.” In support of this conclusion, the appellate court pointed to several pieces of evidence, including: Kliene’s remark “why don’t you just go back to where you came from since you believe what you believe”; Swigart’s comment, “This is America. That’s the way things work over here. This is not the Islamic country where you come from”; the practice of Kliene and Argabrite of referring to Rafiq as “Taliban” and calling him an “Arab.” Based on this evidence, the Fifth Circuit concluded, Rafiq had established that he “was harassed based on his national origin.”

Based in Ocala, Florida and representing employees throughout Central Florida, we have extensive experience litigating hostile work environment harassment cases, including national origin harassment cases. If you have been the victim of an abusive work environment or have questions about being harassed because of your county of origin, please contact our office for a free consultation with our Alachua County, Florida employment discrimination attorneys. Our employee rights law firm takes employment discrimination cases on a contingency fee basis. This means that there are no attorney’s fees incurred unless there is a recovery and our attorney’s fees come solely from the monetary award that you recover.