Can a Negative Job Reference Letter Lead to a Retaliation Claim? 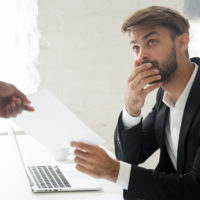 In short, a negative job reference letter can lead to a retaliation claim if the employer wrote a negative letter in response to previously complaining about workplace discrimination.

Based in Ocala, Florida and representing employees throughout Central Florida, we have extensive experience representing victims of employment retaliation. If you have been the victim of a retaliatory negative job reference or have questions about your protection against retaliation under employment discrimination laws, please contact our office for a free consultation with our Alachua County, Florida retaliation attorneys. Our employee rights law firm takes retaliation cases on a contingency fee basis. This means that there are no attorney’s fees incurred unless there is a recovery and our attorney’s fees come solely from the monetary award that you recover.