Does An Employer Violate The Age Discrimination In Employment Act When It Terminates An Employee For Reaching An Age That Is Over 40 Years Of Age? 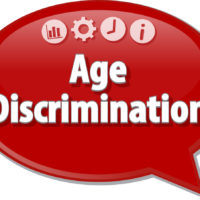 An exception to the ADEA’s general prohibition against age discrimination exists. An employer is allowed to make an employment decision on the basis of age if the employer can establish that reliance on age is justified by the bona fide occupational qualification defense (“BFOQ”) under the ADEA. Employers generally assert the BFOQ defense when seeking to justify a maximum hiring or mandatory retirement age. The employer must demonstrate that the age limitation is a bona fide occupational qualification necessary to the performance of the duties of the job involved. In seeking to establish the BFOQ defense, employers customarily contend that the age limitation for the job involved is necessary because of safety considerations.

A recent case brought the EEOC, U.S. Equal Employment Opportunity Commission v. Stack Brothers Mechanical Contractors, Inc., in the U.S. District Court, Western District of Wisconsin, on behalf of Randy Virta (“Virta”) and Karen Kolodzeske (“Kolokzeske”) sheds light on the U.S. Supreme Court’s warning in Kimel v. Florida Board of Regents, 528 U.S. 62 (2000) that under the ADEA, even with its BFOQ defense, an employer’s reliance on age when making an employment decision is prima facie unlawful. In that case, the EEOC alleged that Stack Brothers Mechanical Contractors. Inc. (“Stack Brothers”) violated the ADEA by terminating Virta, who held the position of service manager, and Kolodzeske, who held the position of bookkeeper, because they reached 62 years of age. On January 19, 2016, the EEOC and Stack Brothers entered into a Consent Decree wherein Stack Brothers agreed to pay Vita $95,000 and Kolodzeske $35,000 to resolve their case. In the Consent Decree, Stack Brothers also agreed to provide training to its owner, managers, and supervisors with hiring and firing authority regarding the ADEA’s prohibitions against age discrimination. The EEOC further required Stack Brothers to provide the EEOC with information every six months for a two-year period regarding any employee complaints of age discrimination, including a summary of the complaint and any action taken as a result of the complaint.

In the Stack Brothers case, the EEOC did not allege that Stack Brothers had a mandatory retirement policy requiring its employees to retire age 60. As a result, it appears that Stack Brothers did not contend that an age limitation for the positions of service manager and bookkeeper was justified by the BFOQ defense under the ADEA. Rather, because Stack Brothers evidently did not have a mandatory retirement policy requiring its employees to retire age 60, the EEOC was claiming that Stack Brothers made the decision to fire Virta and Kolodzeske solely because they reached 62 years of age. In fact, the EEOC alleged that Stack Brothers notified Kolodzeske that it intended to fire her when she reached age 62. The ADEA, as determined by the U.S. Supreme Court in Hazen Paper Co. v. Biggins, 507 U.S. 604 (1993), “commands that employers are to evaluate older employees on their merits and not their age.” When an employer terminates an employee solely because he or she has reached an age that is over 40 years of age, the employer is arguably evaluating and terminating the employee on the basis of age in violation of the ADEA. In other words, the employee’s termination under such circumstances, even in cases where a BFOQ defense is asserted, is prima facie unlawful.