Does Employment Discrimination Law Protect Employees Who Maintain Friendships With Persons Of A Different Race? 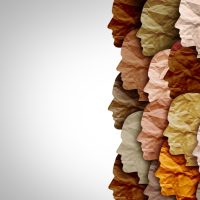 In Barrett, a woman named Barrett, who is white, brought a race discrimination claim against her former employer, Whirlpool Corporation (Whirlpool), pursuant to Title VII. Barrett maintained that she worked in a racial hostile work environment based on her interracial friendships with African-American co-workers. Barrett worked as a technician in the refrigerator department at Whirlpool’s plant in Tennessee.

During her employment, Barrett heard a white co-worker named Travis, who had an alleged history of racially harassing behavior, make three racist comments about African-American employees, including racial slurs. Barrett reported the racist remarks to her supervisor, who said that she “would take care of it,” but Barrett does not know if her supervisor took any action. Barrett told Travis that she did not like his language, and he responded that he had a nine-millimeter gun. As a result, Barrett feared that Travis might harm her for reporting other racist remarks. Ultimately, Whirlpool fired Travis for excessive absenteeism.

In further support of her racial hostile work environment harassment claim, Barrett alleges that she heard a white supervisor state, around the time of Martin Luther King, Jr. Day, there should be a “James Earl Ray Day.” Barrett also saw two instances of racist graffiti in the restroom at Whirlpool, including racial slurs and a picture of a noose.

Barrett was friendly toward African-American employees on the assembly line, and she alleges that, as a result, four white co-workers “gave [her] the cold shoulder,” “snubbed” her, refused to provide her with work-related assistance, and would not talk to her. According to Barrett, the four white co-workers would turn their backs on her when she spoke to an African-American employee but would smile at her when she was speaking to a white employee.

On appeal, the U.S. Sixth Circuit Court of Appeals rejected the trial court’s attempt to graft a “significant association” requirement into Title VII and ruled that the trial court “erred in requiring a certain degree of association before an [ ] employee may assert a viable claim under Title VII” for interracial association discrimination. “The degree of association is irrelevant,” the appellate court determined, to whether Title VII protects an employee from discrimination based on an interracial association. Thus, the “absence of a relationship outside of work should not immunize the conduct of harassers who target an employee because she associates with African-American co-workers.” Although “one might expect the degree of association to correlate with the likelihood . . . discrimination on the basis of that association,” the appellate court reasoned, there is no specific degree of closeness which must be satisfied for an employee to have a viable claim for interracial association discrimination. Consequently, the Sixth Circuit ruled that Title VII protected Barrett from discrimination because she maintained friendships with African-American co-workers, regardless of whether such friendships could be characterized as “casual, friendly relationships” limited to the workplace.

One of the most important decisions employment discrimination victims must make is which employment law firm to contact for legal advice regarding their legal rights. As part of our commitment to protecting and vindicating the rights of employment discrimination victims, an experienced employment law attorney will speak with you personally and you will receive the individualized attention your case deserves. We offer free confidential case evaluations for employees, and you will not have to pay to speak with our employment law attorneys regarding your employee rights. We are available for consultation at your convenience, including scheduling telephone consultations for evenings and weekends.