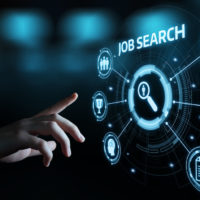 Title VII of the Civil Rights Act of 1964 (Title VII) prohibits employers from discriminating against employees on the basis of race, color, national origin, sex, or religion. As explained by the U.S. Supreme Court in McDonnell Douglas Corp. v. Green, 411 U.S. 792 (1973), Congress passed Title VII “to ensure equality of employment opportunities and to eliminate those discriminatory practices and devices which have fostered racially stratified job environments to the disadvantage of minority citizens.”

Xing Ying is an unlicensed employment agency located in Chicago. Xing Ying finds jobs and refers workers into those jobs for a commission. World Journal is a widely circulated daily Chinese newspaper. Xing Ying placed daily advertisements in the World Journal from April 2011 until October 2015. During that time period, Xing Ying’s advertisements contained the phrases “lots of Mexicans” and “honest and sincere (provide the best Mexicans).”

The State of Illinois claimed that Xing Ying’s advertisement expressed a preference or specification for “Mexicans” in violation of Title VII. By identifying its available workers as “Mexican” and thereby promoting the availability of “Mexicans” for hire, the State of Illinois argued, Xing Ying’s advertisement indicated a prohibited specification on the basis of race or national origin. Xing Ying contended that its advertisement did not violate Title VII because Title VII does not “outlaw any mention of race.” Rather, according to Xing Ying, Title VII only prohibits the “mention of race” when “there are people who are discriminated against and whose interest is adversely affected by race.”

The trial court further explained that by describing the national origin of the workers, Xing Ying’s advertisement “could constitute an impermissible ‘limitation’ of the available workers” in violation of Title VII. This was so, the trial court reasoned, because if “Xing Ying only placed workers who were ‘Mexican’ or intended to appeal to those employers who preferred to hire ‘Mexican’ workers, the advertisement could indicate an impermissible ‘preference’ for Mexican workers, whether from the perspective of Xing Ying or its prospective clients.”

Based in Ocala, Florida and representing employees throughout Central Florida, we have extensive experiencing litigating employment discrimination cases. If you have been discriminated against at work or have questions about an employment agency’s discriminatory employment practices, please contact our office for a free consultation with our Alachua County, Florida employment law lawyers. Our employee rights law firm takes employment law cases on a contingency fee basis. This means that there are no attorney’s fees incurred unless there is a recovery and our attorney’s fees come solely from the monetary award that you recover.