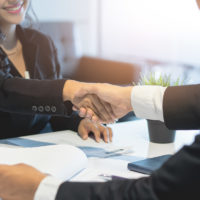 In a press release issued on December 11, 2018, the EEOC announced that it has entered into a Consent Decree to settle a sexual harassment lawsuit filed by the EEOC against Draper Development, LLC (Draper). In the Consent Decree, Draper agreed to pay $80,000 to settle the sexual harassment lawsuit. The EEOC filed the lawsuit, EEOC v. Draper Development, LLC, Case No. 1:15-cv-877, in the U.S. District Court for the Northern District of New York after initially attempting to reach a pre-litigation settlement through its statutorily mandated conciliation process. The EEOC brought the sexual harassment lawsuit pursuant to Title VII on behalf of two individuals who applied for employment with Draper, Alicia Rizzicone (Rizzicone) and Joelle Jock (Jock).

The EEOC is the administrative agency of the United States responsible for interpreting and enforcing federal laws prohibiting employment discrimination, harassment, and retaliation. In enforcing the federal civil rights laws, the EEOC is also authorized by federal law to bring lawsuits on behalf of victims of employment discrimination, including sexual harassment victims. In a press release issued by the EEOC regarding the case, the EEOC lead trial attorney, Charles F. Coleman, stated that “[n]o teenager who is just beginning to navigate the working world should ever have to deal with unwelcome sexual advances as part of the hiring process.” An EEOC regional attorney, Jeffrey Burstein, added that “conditioning hiring in exchange for sexual favors, known as quid pro quo sexual harassment, is exactly the type of behavior that has made the deserved momentum around #MeToo continue to grow stronger.”