Does the 20 Employee Minimum Threshold for the ADEA Apply to Local Public Employers? 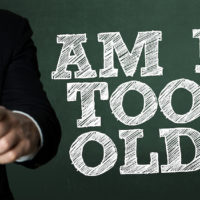 The federal Age Discrimination in Employment Act (ADEA), makes it unlawful for an employer to discriminate against an individual with respect to his or her compensation, terms, conditions, or privileges of employment because of such individual’s age. The ADEA prohibits discrimination against individuals who are at least forty years of age and provides a cause of action for employees to sue for adverse employment actions based on age. In addition to private employers, the ADEA applies to employment agencies and labor organizations as well as federal, state, and local governments.

The ADEA, however, only applies to employers with 20 or more employees. Some wronged employees have argued that this 20 employee minimum does not apply to all public employers, and that political subdivisions of the state, such as local city employers, should not be exempt from the ADEA regardless of size. While federal circuit courts in the South and the Midwest have held that the 20 employee limit applies to all political subdivisions of the state, the Ninth Circuit in an Arizona case recently held that a local fire department qualified for the ADEA despite having less than 20 employees. The Supreme Court accepted the case based on the circuit split and heard oral arguments on October 1.

The Arizona petitioners in Mount Lemmon Fire District v. Guido were firefighters with the rank of Captain for the Mount Lemmon Fire District, a political subdivision of Arizona. Aged 46 and 54, they were fired from the district and they filed charges with the Equal Employment Opportunity Commission (“EEOC”) claiming age discrimination. After receiving favorable decisions from the EEOC, they sued in federal court against the fire district. The federal district court ruled that the fire district was not an “employer” under the ADEA based on the number of employees and dismissed the suit. On appeal, the Ninth Circuit disagreed.

Section 630(b) of the ADEA defines “employer” for the purposes of the Act to include a “person engaged in an industry affecting commerce who has twenty or more employees.” The section further states that the term “also means . . . a State or political subdivision of a State” or agencies thereof. In Mount Lemmon, the parties agreed that based on the statute “person” does not include political subdivision, but disagree as to whether the 20 employee minimum applies regardless. The Ninth Circuit held that the drafting of the statute creates a distinction between a “person” employer, who must have 20 employees to meet the definition, and a State employer, to whom the 20 employee threshold does not apply. Other circuits held the statute was ambiguous and that the congressional intent behind the statute was to treat public and private employers the same, limiting its application to larger employers. The Ninth Circuit found the statute’s text unambiguous in treating political subdivisions differently from other employers.

The Supreme Court will decide the issue, affecting workers across the U.S.

Because the federal circuit courts disagreed on the proper interpretation of the ADEA, the Supreme Court decided to take up the case. They held oral arguments this month. The timeframe for the Court to decide the matter will depend on how divided the justices are over the issue, but opinions take an average of around three months to come out. If they agree with the Ninth Circuit, then employees of small city and county employers around the country such as police, fire, and parks departments will be subject to lawsuits if they discriminate against workers based on age.

Based in Ocala, Florida and representing employees throughout Central Florida, we have extensive experience representing employees who have been subjected to adverse employment actions based on their age. If you have been discriminated against in the workplace based on your age or have questions about age or other workplace discrimination, please contact our office for a free consultation with our Marion County, Florida employment age discrimination lawyers. Our employee rights law firm takes employment discrimination cases on a contingency fee basis. This means that there are no attorney’s fees incurred unless there is a recovery, and our attorney’s fees come solely from the monetary award that you recover.