Does The Pregnancy Discrimination Act Protect An Employee’s Decision To Have Or Not To Have An Abortion? 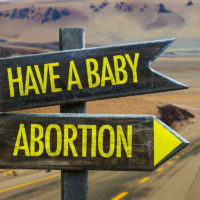 Courts have also determined that the PDA protects women from being subjected to an adverse employment action, such as demotion or discharge, for having an abortion or not having an abortion. For example, the PDA prohibits employers from promising an employee job benefits or threatening an employee with job detriments based on her decision to have or not to have an abortion. The recent decision by the U.S. District Court for the Middle District of Florida in DeJesus v. Florida Central Credit Union, No. 17-2502 (M.D. Fla. Oct. 11, 2018) illustrates that the PDA prohibits adverse actions against women based on their decision to have or not to have an abortion.

In that case, Elena DeJesus (DeJesus) claimed that her former employer, Florida Central Credit Union (FCCU), violated the PDA by terminating her employment because she had an abortion. DeJesus began working for FCCU at its St. Petersburg branch. DeJesus requested a transfer to the Clearwater branch for convenience. The day after starting her position as a bank teller at the Clearwater branch, DeJesus learned that she was pregnant. DeJesus notified her supervisor of the pregnancy that same day. That same month, DeJesus scheduled a medical procedure to terminate the pregnancy. Jesus cleared the date with her supervisor and her supervisor approved the time off. DeJesus underwent the procedure in the morning and was unable to return to work for the rest of the day.