Does The Viewing Of An Employee’s Intimate Video By Coworkers Constitute Sexual Harassment? 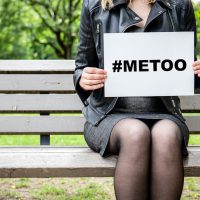 In that case, a woman named Abbt brought a sexual harassment lawsuit against her former employer, the City of Houston (the City), pursuant to Title VII of the Civil Rights Act of 1964 (Title VII). Title VII makes sexual harassment an unlawful employment practice. To violate Title VII, sexual harassment must be sufficiently severe or pervasive to alter the conditions of the victim’s employment and create a hostile working environment. Abbt claims that she was subjected to sexual harassment in violation of Title VII based on the repeated viewing of a private, intimate video by City employees.

In 2003, Abbt began working for the City as a firefighter in the Houston Fire Department (HFD). From 2006 until 2009, Abbt was assigned to Station 18. During that time, she served under a man named Barrientes, who was a Junior Captain at Station 18. A District Chief, a man named Elliott, was responsible for supervising Station 18.

According to Barrientes’ deposition testimony, the actions which led to the sexual harassment case began in 2008, when Barrientes received an anonymous email. That email contained in an intimate, nude video of Abbt that she had made privately for her husband and had saved on her personal laptop computer, which she had brought to the fire station. Barrientes first watched the video in the captain’s office of Station 18. He kept the video’s existence hidden for several days, and then brought it to the attention of Elliott.

Abbt learned of these events on May 18, 2017, when Elliott confessed to Abb’s husband (also a member of the Fire Department) that Elliott had seen a nude video of Abbt. Upon learning that her personal, intimate video had been seen by other firefighters, Abbt was “completely distraught” and “disgusted.” She called in sick the next day and continued to call in sick in the weeks that followed. On June 6, 2017, Abbt was diagnosed with post-traumatic stress disorder (PTSD). After the incident, Abbt took six months of unpaid leave under the Family Medical Leave Act. In February 2018, Abbt filed a workers’ compensation claim and received workers’ compensation pay based on suffering a “compensable mental trauma injury.” She was medically separated from the City and her employment ended in February 2019.

The trial court dismissed Abbt’s sexual harassment claim. The trial court found that it was Abbt’s “knowledge of what had happened to her that led to her purported PTSD, not the actual conduct of her coworkers viewing the video.” Seeming to almost rubberstamp the City’s spin on the facts and law, the trial court further stated that ‘because Abbt cannot show that she was subjected to a hostile work environment—just that she is angry and embarrassed—her sexual harassment claim fails.” Thus, the trial court determined that because Abbt did not observe her coworkers viewing the video, she was not sexually harassed in violation of Title VII but only “angry and embarrassed” about what learning what had happened behind her back.

On appeal, the U.S. Fifth Circuit Court of Appeals reversed the trial court’s decision and reinstated Abbt’s sexual harassment claim. The appellate court found that the repeated viewing of Abbt’s intimate, nude video by her coworkers was sufficiently severe to create a hostile work environment in violation of Title VII. In support of its finding, the court of appeals explained that after learning that Barrientes and Elliott had repeatedly watched the intimate video of her nude, Abbt “developed PTSD and was unable to return to work.” The appellate court also pointed out that Abbt “did not know, and still does not know, how far and wide the video had spread through the fire department.” “What she did know,” was that as a firefighter living in a firehouse, “she would be returning to a work environment where she could be sleeping and living next to a person who had seen her intimate video.”

The Fifth Circuit also rejected the trial court’s troubling finding that “it was Abbt’s knowledge of what had happened that led to her purported PTSD, not the actual conduct of her coworkers viewing the video.” To accept the trial court’s take on Title VII, the court of appeals observed, would mean that an employee “must contemporaneously experience harassment for it to be actionable under Title VII.” In other words, the appellate court pointed out, sexually harassing actions, if successfully hidden from the victim for a period of time, automatically become unactionable. “The pain the harassment caused,” the appellate court explained, “is logically just as real and viscerally felt whether Abbt learned of the actions immediately (by say, walking in on a viewing), days later, or decades later.” “Nothing about the time elapsed,” the court of appeals reasoned, “could do anything to diminish the harm caused by the harassment, the PTSD it caused, or the effect it had on her ability to return to work.” “Whether that harm can support a hostile work environment claim,” the Fifth Circuit admonished the activist trial court, “is a question for a jury, not a judge.”

One of the most critical decisions hostile work environment harassment victims must make is which employment law attorneys to consult with regarding their legal rights. As part of our law firm’s dedication to helping employees who have been required to work in a sexually hostile environment, an experienced employment law attorney will speak with you personally and you will receive the individualized attention your case deserves. We offer free confidential case evaluations for employees, and you will not have to pay to speak with our employment law attorneys regarding your rights as a sexual harassment victim. We are available for consultation at your convenience, including scheduling telephone consultations for evenings and weekends.