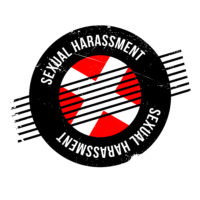 Title VII of the Civil Rights Act of 1964 (Title VII) prohibits discrimination on the basis of sex, which includes sexual harassment in the form of a hostile work environment. Title VII protects men as well as women from discrimination because of sex, including sexual harassment. Generally, sexual harassment involves verbal or physical behavior of a sexual nature. Included within the scope of verbal or physical behavior of a sexual nature is unwanted romantic interest. However, as recognized by the U.S. Ninth Circuit Court of Appeals in EEOC v. Prospect Airport Services, Inc., 621 F.3d 991 (9th Cir. 2010), “[n]ot all propositions for romance or more are sexual harassment.” Rather, the unwanted romantic interest and other sexual behavior must be sufficiently severe or pervasive to create a hostile or abusive working environment. The Ninth Circuit’s decision in Prospect Airport illustrates when propositions for romance and other sexual behavior towards an employee cross the line from sporadic incidents that do not create a hostile work environment to actionable sexual harassment.

In Prospect Airport, the U.S. Equal Employment Opportunity Commission (EEOC) brought a lawsuit on behalf of Rudolpho Lamas (Lamas) alleging that he had been subjected to hostile work environment sexual harassment in violation of Title VII. Lamas and the alleged harasser, Sylvia Munoz (Munoz), both worked for Prospect Airport Services (Prospect). During their employment, Munoz began expressing romantic interest in Lamas. The romantic interest began with a love note. After Lamas told her he was not interested, Munoz gave him another note saying he should give her a chance. Lamas again told Munoz that he was not interested. After giving Lamas a picture of herself emphasizing her breasts, Munoz then gave Lamas a third note stating that she was having “crazy dreams about us in the bathtub” and boasted that she gave a “very good bath wash and body message.” Munoz further stated that “I do want you sexually and romantically.” After the third note, Lamas complained to a supervisor and manager about Munoz’s behavior and told them he wanted the behavior to stop.

However, Munoz’s behavior did not stop. Instead of occasionally approaching him, Munoz began harassing Lamas every day, including licking her lips suggestively and asking Lamas if he wanted to have some fun and performing oral sex simulations. Although Lamas continued to complain to managers about Munoz’s harassment, nothing was done to stop it. In fact, one manager told Lamas that the harassment “was a joke” and Lamas should “walk around singing to yourself . . . I’m too sexy for my shirt.” Despite his continued complaints, Munoz asked Lamas to join her for a date and said she had been lacking in sexual gratification because she and her husband had separated. After enduring more than 6 months of harassment, Lamas was fired for a “poor attitude” and “lack of willingness to provide quality customer service.”

The trial court found that Munoz’s conduct was not sufficiently severe or pervasive to create a hostile work environment and dismissed the case. In support of its dismissal, the trial court pointed to evidence showing that Lamas admitted that most men in his position would have welcomed Munoz’s behavior, Lamas never filed a written complaint, and management told Lamas that Munoz’s behavior was inappropriate.

On appeal, the Ninth Circuit reversed the trial court’s decision and reinstated Lamas’ case. The appellate court explained that the trial court’s reliance on Lamas’ admission that other men would have welcomed Munoz’s behavior as justification for dismissal was erroneous because whether the behavior was unwelcome was determined by whether Lamas considered Munoz’s behavior unwelcome and not whether other men might have welcomed Munoz’s behavior. The appellate court found that Lamas’ demonstrated he considered the behavior unwelcome by repeatedly telling Munoz that he was not interested. Turning to the severe or pervasive issue, the Ninth Circuit explained that if “Munoz had simply asked Lamas to go out on a date, or to see whether they might have a romantic relationship, or straightforwardly propositioned him for sex,” then the case would have been properly dismissed. However, the appellate court pointed out, “Munoz’s pursuit of Lamas was relentless,” and “[s]he would not leave him alone, despite his repeated clear rejections of her overtures.” The pervasiveness of the harassment, the Ninth Circuit reasoned, established that Lamas worked in a hostile work environment.

The appellate court also found that the trial court’s emphasis on Lamas’ failure to file a written complaint and management’s remarks to Lamas that Munoz’s behavior was inappropriate was legally flawed. An employer is liable for an employee’s sexual harassment by a co-employee if it knew or should have known about the harassment and failed to take prompt and effective remedial action. The appellate court found that Prospect knew about the harassment because Lamas repeatedly complained to management about Munoz’s behavior. Despite such knowledge, Prospect did nothing about the harassment and told Lamas to sing to himself “I’m too sexy for my shirt.” Thus, the Ninth Circuit concluded that Prospect violated Title VII by failing to protect Lamas from a sexually abusive working environment.