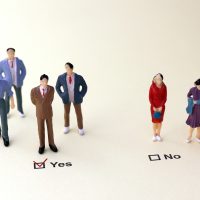 The INA prohibits employers around the country from discriminating against U.S. citizens and work-authorized non-citizens based on their national origin or citizenship status. Employers cannot treat employees differently in hiring, firing, recruitment, or referral for a fee based on their citizenship status, so long as they are authorized to work in the U.S. Immigration status includes both current and prior immigration status–citizens, refugees, lawful permanent residents, asylees, and work permit-holders are all protected. Employers may not, for example, establish a policy of hiring only U.S. citizens or American-born applicants, unless a particular law or government contract requires that position be filled only by citizens. The INA’s anti-discrimination provision is meant to cover situations in which Title VII is not already an adequate venue for relief.

Once an employee has proven their identity and authorization to work in the U.S., employers cannot continue to badger current or prospective employees for additional proof of citizenship. Refusing to honor identified documents that appear reasonably genuine or pushing for additional documentary proof of citizenship or work authorization is unfair and illegal under the INA.

The DOJ recently announced a settlement with UPS based on the parcel carrier’s alleged violations of the INA. The case arose after UPS engaged in unfair documentary practices targeted at a newly-hired non-citizen.

According to the DOJ, UPS hired a lawful permanent resident (green card holder) in Jacksonville, Florida. The employee provided his driver’s license and unrestricted social security card, which, per the INA, together amount to proof of identity and work authorization. UPS pushed the employee for additional documents, including his permanent resident card and a “work visa,” despite the employee having already provided sufficient proof of work eligibility under the law.

UPS requested the additional documents after receiving a data entry error notification from their E-verification software. The DOJ claims that, for U.S. citizen employees or applicants, UPS would normally check for a simple software error after receiving such a notification. In this instance, UPS chose to badger the employee for additional proof of employment authorization. Treating the employee as inherently suspect entirely because of his citizenship status constitutes unlawful documentary practices under the INA.

Under the settlement, UPS will be forced to pay monetary penalties, train employees in how to properly handle such data entry errors, and be subject to monitoring by the DOJ for compliance with the law.