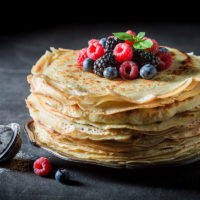 The U.S. Equal Employment Opportunity Commission (EEOC) recently announced that it has filed a sexual harassment lawsuit against an IHOP restaurant franchise in Plantation, Florida pursuant to Title VII of the Civil Rights Act of 1964 (Title VII). Sexual harassment is a form of sex discrimination prohibited by Title VII.

On March 19, 2019, the EEOC filed the lawsuit, EEOC v. Swami Pancake, LLC, d/b/a IHOP, Case No. 19-cv-60714, in the U.S. District Court for the Southern District of Florida after initially attempting to reach a pre-litigation settlement through its statutorily mandated conciliation process. In this article, our Marion County, Florida employment discrimination lawyers explain the EEOC’s allegations against the IHOP franchise.

In the lawsuit, the EEOC alleges that the owner and general manager of the IHOP franchise, a man named Patel, subjected a class of female employees to a sexual hostile work environment. A primary target of Patel’s sexually harassing behavior, according to the EEOC, was a female employee named Neleitha Hinson (Hinson). Patel was Hinson’s direct supervisor throughout her employment.

Patel’s alleged sexual behavior towards Hinson included sexual propositions, inappropriate touching, sexual comments, and asking her for dates and kisses. Despite repeatedly telling Patel to “stop and that his sexual advances and requests were unwelcome,” the EEOC maintains that Patel’s sexual behavior continued. The EEOC claims that after Hinson rejected Patel’s sexual advances, Patel retaliated against her by giving her a negative job evaluation and reducing her hours. The EEOC asserts that Hinson was compelled to resign her employment because of the on-going sexual harassment and retaliation.

The EEOC further alleges that Patel subjected other female employees to similar sexually harassing behavior. According to the EEOC, Patel’s verbal and physical conduct of a sexual nature towards other female employees included “hitting on them,” making “comments about breasts” and “buttocks,” “touching them,” and “trying to kiss them.” The EEOC seeks back pay, compensatory damages, and punitive damages for Hinson and the other alleged victims of Patel’s sexually harassing behavior.

The EEOC is the administrative agency of the United States responsible for interpreting and enforcing federal laws prohibiting employment discrimination, including hostile work environment sexual harassment. The EEOC is also authorized by federal law to bring lawsuits on behalf of victims of employment discrimination. In a press release regarding the case, the regional attorney for the EEOC’s Miami District Office, Robert E. Weisberg, stated that the “EEOC will continue to fight sexual harassment including, of course, in the restaurant industry, were sexual harassment continues to be so pervasive.”

Based in Ocala, Florida and representing employees throughout Central Florida, we have represented employment discrimination victims in hundreds of cases before the EEOC. If you have been a victim of sexual harassment or have questions about filing a complaint of discrimination with the EEOC, please contact our office for a free consultation with our Marion County, Florida sexual harassment attorneys. Our employment and labor law attorneys take sexual harassment cases on a contingency fee basis. This means that there are no attorney’s fees incurred unless there is a recovery and our attorney’s fees come solely from the monetary award that you recover.