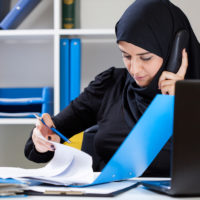 On March 7, 2019, the EEOC filed the lawsuit, EEOC v. Fidelity Home Energy, Inc., Case No. 19-cv-01231, in the U.S. District Court for the Northern District of California after initially attempting to reach a pre-litigation settlement through its statutorily mandated conciliation process. In this article, our Marion County, Florida employment discrimination lawyers explain the EEOC’s allegations against Fidelity.

Fidelity, which is based in San Leandro, California, sells solar panels and other energy-efficient products. Ayesha Faiz (Faiz), a woman of Afghan descent, was employed by Fidelity as a representative services supervisor. In this position, Faiz was responsible for making appointments with Fidelity salespersons with potential customers. The EEOC alleges that within her first week of employment, Faiz learned that Fidelity maintains a practice of rejecting customers perceived to be of Middle Eastern or Indian descent. Faiz observed supervisors placing individuals who appeared to be of Middle Eastern or Indian descent on an internal “Do Not Call” list and flagging their records in the company’s internal data base with comments such as “Not Qualified” or “Indian Name” to disqualify them from getting appointments with Fidelity salespersons.

According to the EEOC, Faiz’s supervisor showed her how to use Google to screen customers if she was uncertain as to whether the individual was of Middle Eastern or Indian descent. When the supervisor concluded that the individual was likely Middle Eastern or Indian, the supervisor cancelled the appointment with Fidelity’s sales staff. On one occasion, the EEOC claims, Faiz saw a post-it note on an employee’s computer that said, “No Indians.”

The EEOC maintains that Faiz was required to reject potential customers of perceived Middle Eastern or Indian descent on a daily basis, either personally or through her subordinates. According to the EEOC, Fidelity’s practice of discriminating against Middle Eastern or Indian potential customers caused Faiz “considerable distress and anxiety, particularly since many of the people targeted by the policy had last names shared by members of her own family and community.” The EEOC alleges that although Faiz “raised her concerns about and objections to the discriminatory practices to multiple supervisors,” the discriminatory practices “persisted causing a discriminatory hostile work environment” for Faiz. The EEOC contends that the emotional distress Faiz endured by having to adhere to Fidelity’s discriminatory practices compelled Faiz to resign after informing the company that “it makes me sick to know that we refuse to service a particular ethnicity of people.”

The EEOC is the administrative agency of the United States responsible for interpreting and enforcing federal laws prohibiting employment discrimination. The EEOC is also authorized by federal law to bring lawsuits on behalf of victims of employment discrimination, including national origin discrimination. In a press release regarding the case, EEOC Oakland Local Director Dana Johnson stated that “employers cannot subject employees to a hostile work environment filled with discriminatory practices, even if those practices are directed at customers.” “Title VII protects employees,” Director Johnson explained, “from this type of national origin discrimination.”