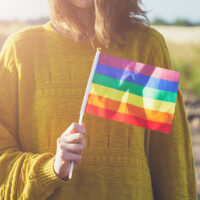 discrimination lawyers have represented Florida employees who have been discriminated against due to their gender, their sexual orientation, and other immutable characteristics. Through their decades of experience representing discrimination victims, our Ocala, Florida workplace discrimination attorneys know that every protection for employees in the workplace has been hard-fought, and government agencies often drag their feet in adopting new rules reflecting the rights to which marginalized groups are entitled. Thankfully, under the current federal leadership, agencies including the Justice Department and the Equal Opportunity Employment Commission (EEOC) have been working to keep up with the pace of change in the country. Following last year’s ruling from the United States Supreme Court establishing that Title VII of the Civil Rights Act of 1964 protects employees from discrimination on the basis of sexual orientation and gender identity, the EEOC recently issued guidance to employers on sexual orientation and gender identity in the workplace.

Concerning workplace attire, the EEOC explains that employers cannot prohibit a transgender person from dressing or presenting consistent with their gender identity. Employers may not try to enforce particular gender norms; requiring employees to conform with a particular sex-based stereotype concerning masculine or feminine behavior would constitute sex discrimination. Discriminating against men whom they perceive to act in a stereotypically “feminine” manner is prohibited, as would be discrimination against women for appearing “masculine.”

The EEOC does allow that workplaces are permitted to continue having separate bathrooms, locker rooms, and showers for men and women. Employers may have single-use or unisex bathrooms, or have separate, gender-based bathrooms without violating anti-discrimination prohibitions, according to the EEOC’s current guidance. However, employers must allow equal access to these separate bathrooms and locker rooms; all men, including transgender men, must be permitted access to the men’s facilities, and all women, including transgender women, must have access to the women’s facilities. Limiting access to the facilities that correspond to the employee’s assigned sex at birth constitutes sex discrimination.

The EEOC’s guidance explains that deliberate use of names or pronouns that do not correspond with the employee’s gender identity may constitute unlawful workplace harassment, depending on the circumstances. While a single accidental misuse of the employee’s preferred pronoun might not constitute harassment, conduct that is severe or pervasive when considered together with all other unwelcome conduct based on the individual’s sex, including gender identity, could constitute harassment should it rise to the level of a hostile work environment. Intentional, repeated use of the wrong pronoun or name is evidence supporting claims of a hostile work environment.