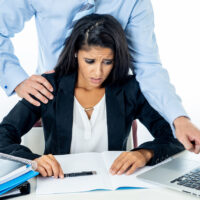 On September 14, 2020, the U.S. Equal Employment Opportunity Commission (EEOC), issued a press release announcing that it has entered into a Consent Decree to settle a sexual harassment lawsuit against Magneti Marelli of Tennessee USA, LLC (Magneti). On September 28, 2018, the EEOC filed the case, U.S. Equal Employment Opportunity Commission v. Magneti Marelli of Tennessee USA, LC, Case No. 1:18-cv-00074, in the U.S. District Court for the Middle District of Tennessee. Before filing the lawsuit, the EEOC initially utilized its conciliation process in an attempt to settle the case without litigation. Conciliation efforts having failed, the EEOC exercised its statutory right to address the alleged unlawful employment practices through litigation.

In the Consent Decree, which was entered by U.S. District Court Judge Waverly D. Crenshaw on September 11, 2020, Magneti agreed to pay $335,000 to resolve the sexual harassment lawsuit. In this article, our Marion County, Florida attorneys for sexual harassment victims explain the EEOC’s allegations of hostile work sexual harassment against Magneti.

The EEOC filed the sexual harassment lawsuit pursuant to Title VII of the Civil Rights Act of 1964 (Title VII) on behalf of two former employees of Magneti, Rebecca Crouch (Crouch) and Christy Parson (Parson). Title VII prohibits employers from discriminating against employees on the basis of sex. Sexual harassment which is sufficiently severe or pervasive to alter the conditions of the victim’s employment and create a hostile or abusive work environment violates Title VII. Title VII also prohibits employers from retaliating against employees who complain about perceived sexual harassment in the workplace. The EEOC claims that Magneti violated Title VII by requiring Crouch and Parson to work in a sexually hostile work environment.

Magneti is an international exterior lighting manufacturer for the automotive industry. In June 2015, Crouch was hired as an assembly worker at Magnetti’s plant in Pulaski, Tennessee. Shortly after her employment commenced, Crouch was subjected to unwanted sexually harassing behavior by her supervisor. The supervisor’s sexual harassment towards Crouch, according to the EEOC, included touching her shoulders, sexual remarks, sexual propositions, and remarks about his penis. The supervisor also told female employees, including Crouch, to call him “Big Daddy.”

Parson also worked on the assembly line at Magneti’s plant in Pulaski, Tennessee. The EEOC claims that Parson was subjected to hostile work environment sexual harassment by the same supervisor who harassed Crouch. From February 2016 until May 2016, according to the EEOC, Parson was subjected to on-going sexually harassing behavior by the supervisor. The alleged sexual harassment towards Parson included touching her back and leg, remarks about her buttocks, and sexual propositions. The EEOC further alleges that Parson observed the supervisor sexually harass other female employees in the workplace, including making remarks about their bodies and wanting to have sex with them.

The EEOC is the administrative agency of the United States responsible for interpreting and enforcing federal laws forbidding discrimination, harassment, and retaliation in the workplace. As part of its mandate to enforce the federal civil rights laws, the EEOC has the statutory authority to bring lawsuits on behalf of employment discrimination victims, including sexual harassment victims. In a press release issued by the EEOC on September 14, 2020 regarding the case, a regional attorney for the EEOC’s Memphis District Office, Faye Williams, stated that “despite the passage of Title VII more than fifty years ago, the EEOC has processed a record number of sexual harassment cases in recent years.” “The EEOC remains committed,” Ms. Williams explained, to ensuring that all employees “are able to work in a harassment from environment.”