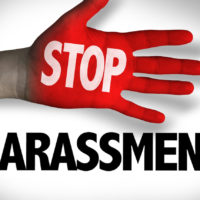 On May 24, 2016, the U.S. Equal Employment Opportunity Commission (“EEOC”) entered into a Consent Decree with American Casting & Equipment, Inc. (“American Casting”) which settled an employment discrimination lawsuit, Equal Employment Opportunity Commission v. American Casting & Equipment, Inc., brought by the EEOC on behalf of an employee of American Casting, Matthew Clark (“Clark”), in the U.S. District Court, District of North Dakota. In the lawsuit, the EEOC alleged that Clark was subjected to hostile work environment harassment on the basis of his race, Asian, and national origin, Filipino. The EEOC also claimed that Clark was fired in retaliation for complaining about the racial and national origin harassment against him in the workplace.

Clark worked for American Casting from November 2012 until January 2014 as a laborer. The EEOC alleged that Clark’s Caucasian manager harassed him because of his race and national origin. The EEOC asserted that the manager’s harassment included racial slurs, such as calling Clark a “non-white m—f— r,” “non-white guy,” “spic,” n—r,” “monkey” and “ape.” The harassment also included an incident where the manager urinated on Clark’s legs while he was working under a truck at work. The EEOC claimed that Clark’s supervisor witnessed the harassment, but failed to take any action to prevent the harassment. The EEOC further alleged that the harassment continued despite Clark’s complaints to his supervisor and the safety manager. The EEOC claimed that American Casting fired Clark in retaliation for his discrimination complaints and American Casting’s Reasons for Clark’s termination were a pretext for retaliation. In the lawsuit, the EEOC maintained that the hostile work environment harassment and retaliatory discharge violated Title VII of the Civil Rights Act of 1964.