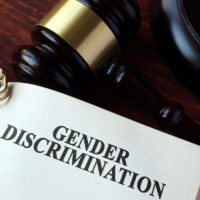 In a recently issued press release, the U.S. Equal Employment Opportunity Commission (EEOC) announced that it has entered into a Consent Decree to settle a gender discrimination lawsuit filed by the EEOC against Park School of Baltimore, Inc. (Park School). On July 30, 2018, the EEOC filed the gender discrimination lawsuit, U.S. Equal Employment Opportunity Commission v. Park School of Baltimore, Inc., Case No. 1:18-cv-2319, in the U.S. District Court for the District of Maryland after initially attempting to reach a pre-litigation settlement through its statutorily mandated conciliation process. In this article, our Citrus County, Florida employment law attorneys explain the EEOC’s allegations against Park School and the Consent Decree.

All Employees Protected From Sex Discrimination

The EEOC is the administrative agency of the United States responsible for interpreting and enforcing federal laws prohibiting employment discrimination. The EEOC is also authorized by federal law to bring lawsuits on behalf of victims of employment discrimination, including sex discrimination. In a press release issued by the EEOC regarding the case, a Regional Attorney for the EEOC, Debra M. Lawrence, stated that “Title VII protects both men and women from unequal treatment based on gender.” The Director of the EEOC’s Philadelphia District Office, Jamie R. Williamson, added that the “EEOC is committed to ensuring that all employees, men and women, are evaluated based on their qualifications, not their gender.”