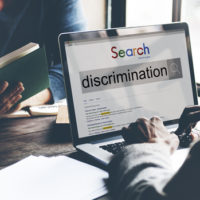 The federal Equal Employment Opportunity Commission (EEOC) recently filed a lawsuit against Brown & Brown, a large insurance brokerage based in Daytona Beach. The lawsuit asserts that the company denied a woman a job due to the fact that she was pregnant.

In March 2015, Nicole Purcell applied for an entry-level job with Brown & Brown, one of the world’s largest insurance brokerages. The company made her an offer. Before she accepted the offer and agreed to work for the company, Purcell asked an employee about Brown & Brown’s maternity benefits, explaining that she was pregnant at the time. Within the half-hour, Purcell received an email from that employee stating that the offer of employment had been rescinded, explaining that the company had a “very urgent need” to fill the position with someone who could remain in the company for the long term, and thanking her for disclosing her pregnancy in advance. Purcell tried to explain that she did not intend to take a long-term leave of absence from her job after the birth of her child, and that being pregnant would not interfere with her ability to do her job. Nevertheless, Brown & Brown refused to hire her.

Purcell proceeded to lodge a complaint of hiring discrimination with the EEOC. The EEOC found that Brown & Brown’s actions had fallen afoul of the federal Pregnancy Discrimination Act, barring discrimination against women based on pregnancy, childbirth, or other related medical conditions. In addition to making it illegal not to hire someone based on pregnancy, the Pregnancy Discrimination Act bars employers from failing to promote pregnant women or mothers, putting pregnant women on forced leave, firing pregnant women, curtailing a pregnant woman or mother’s work assignments, or barring a woman who has recently given birth from returning to work before she has finished nursing her child.

Brown & Brown denies the claims, arguing that it makes decisions on hiring and promotion based solely on a candidate’s merits. The insurance brokerage has over 8,000 employees in the US, with 200 working in its Daytona Beach offices.

If you believe that you have been the victim of discrimination, retaliation, or wrongful termination in Florida, speak with experienced and determined Ocala employment law attorneys at James P. Tarquin, P.A. to determine if you may have a legal claim against your employer by calling 352-401-7671.