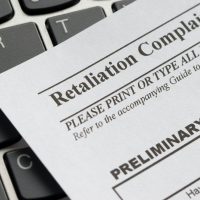 In that case, a man named Tisdell brought a retaliatory termination case against his former employer, Nissan North America, Inc. (Nissan), pursuant to the Age Discrimination in Employment Act (ADEA). The ADEA prohibits employers from discriminating against employees on the basis of age. Under the ADEA, employers are also prohibited from retaliating against employees who complain about perceived age discrimination in the workplace. Tisdell alleges that Nissan violated the ADEA by firing him in retaliation for his complaint about age discrimination in the workplace.

In 2014, Tisdell began working for Nissan when he was 56 years old. In 2015, a man named Clark, who was approximately eight years older, became Tisdell’s direct supervisor. In December 2016, Tisdell complained about Clark’s management, code of business ethics, threats and intimidation, and favoritism. Nissan’s human resources department received Tisdell’s complaints and investigated them in January 2017.

On February 22, 2018, Tisdell lodged another complaint about Clark to a member of Nissan’s human resources department named Robinson. Tisdell alleged that Clark had asked him when he was going to retire and that Clark was working to push him out. In a memo dated February 24, 2018, Tisdell claimed that “age discrimination, retaliation, harassment, and hostile work environment are not real concerns for Nissan[.]” In March 2018, Nissan’s human resources department conducted an investigation of Clark, which included interviewing Tisdell and other employees. Based on the findings of the investigation, Nissan demoted Clark and replaced him with a man named Hawkins as Tisdell’s supervisor.

Nissan filed a motion with the trial court seeking dismissal of Tisdell’s retaliatory termination claim. In support of its motion for dismissal, Nissan maintained the evidence established that Tisdell was fired for a legitimate, non-retaliatory reason—posting confidential information on a common drive—and not because Tisdell complained about perceived age discrimination in the workplace. The trial court denied Nissan’s motion for dismissal and ruled that Tisdell had produced sufficient evidence to show that he was fired in retaliation for complaining about age discrimination to proceed to a jury trial.

In denying Nissan’s motion for dismissal, the trial court focused on Nissan’s more favorable treatment of Clark. The trial court observed that “Clark was also found to have shared confidential information but was not terminated, and that Nissan left the offending confidential material on the share drive for several weeks after it was first discovered.” Based on Nissan’s differential treatment of Tisdell and Clark under the same or similar circumstances, the trial court concluded, a reasonable jury could find that the real reason Nissan fired Tisdell was because he complained about age discrimination.

One of the most important decisions workplace retaliation victims must make is which employment law firm to contact for legal advice regarding their legal rights. As part of our commitment to protecting and vindicating employee rights, an experienced employment law attorney will speak with you personally and you will receive the individualized attention your case deserves. We offer free confidential case evaluations for employees, and you will not have to pay to speak with our employment law attorneys regarding your employee rights. We are available for consultation at your convenience, including scheduling telephone consultations for evenings and weekends.

Based in Ocala, Florida and representing workers throughout Florida, our unlawful retaliation attorneys in Citrus County, Florida have litigated workplace retaliation cases in Florida courts for more than twenty years. If you have been retaliated against for complaining about workplace discrimination or have questions about your protection from retaliation for complaining about workplace discrimination, please contact our office for a free consultation with our unlawful retaliation lawyers in Citrus County, Florida. Our employee rights law firm takes unlawful retaliation cases on a contingency fee basis. This means that there are no attorney’s fees incurred unless there is a recovery and our attorney’s fees come solely from the monetary award that you recover.