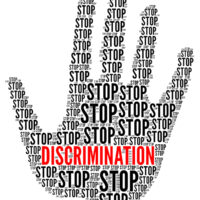 Having litigated age discrimination cases in Florida state and federal courts for more than two decades, our Sumter County, Florida age discrimination lawyers know that many employers harbor a strong bias against older workers and often seek to squeeze them out of their positions. Although the Age Discrimination in Employment Act (ADEA) was passed more than fifty years ago, older workers continue to face significant obstacles in the American workplace. As explained by the U.S. Seventh Circuit Court of Appeals in Graefenhain v. Pabst Brewing Co.,827 F.2d 13 (7th Cir. 1987), “many employers or younger business executives act as if they believe there are good business reasons for discriminating against older workers.” In this article, our Wildwood, Florida age discrimination lawyers explain how the alleged facts in the recent decision by the U.S. Sixth Circuit Court of Appeals in Willard v. Huntington Ford, Inc., Case No. 19-1763 (6th Cir. March 11, 2020) provide another unfortunate example of the strong bias that exists against older workers in the American workplace.

In that case, Dennis Willard (Willard) brought an age discrimination lawsuit against his former employer, Huntington Ford, Inc. (Huntington Ford), pursuant to the ADEA. Willard claims that Huntington Ford terminated him because of his age after it fabricated a superficially legitimate reason to hire him based on an incident between him and another co-worker. Willard was sixty-three years old when he was terminated.

Since 1997, Willard has worked in automotive sales. Willard was one of Huntington Ford’s top salespersons. Nationally, he performed within the top 125 out of 3,500 Ford Motor Company salespersons. He received prestigious awards from Ford Motor Company and Huntington Ford in recognition of his sales volume. Willard’s success won him one of the most visible and desirable desks in the dealership’s showroom—near the door where customers entered.

Despite his accomplishments, Willard faced “relentless” remarks at Huntington Ford about his age and the imminence of his retirement from the dealership’s general manager, Schiller, and sales managers, Calhoun and Malouf. The ageist remarks began when Schiller started to ask Willard when he was going to retire. Willard informed Schiller that he did not intend to retire “anytime soon.” Malouf and Calhoun also began asking Willard when he would retire and used ageist insults against Willard, including “grandpa,” “dinosaur,” and “over-the-hill.”

Calhoun, according to Willard, favored younger salesperson and expedited their paperwork over Willard’s. When Willard complained, Calhoun told Willard that if he did not like the way things were, he could leave, but Calhoun did not “know too many people looking for a sixty-five-year-old over-the-hill salesperson like you.” Malouf told Willard repeatedly that he was “too old to be sitting by the door” and that “younger salesmen” should have that position—a sentiment that he reiterated the week before Willard was fired.

Reason For Discharge Is Pretext For Age Discrimination

Wanted Employee To Leave Because Of His Age

In reversing the district court, the Sixth Circuit focused on the ageist remarks by management employees to Willard. The appellate court found that the “substance of the statements evinces a strong bias against older workers and a desire to see Willard leave the dealership due to his age.” The court of appeals further observed that “every statement, with the exception of those addressing Willard’s retirement, is either an overtly negative comment about Willard’s age or an ageist slur.” Viewed in the light most favorable to Willard, the Sixth Circuit concluded, “the ageist comments demonstrate a discriminatory attitude toward Willard” and a desire that “Willard should leave the dealership because of his age.”

Reason For Discharge Had No Basis In Fact