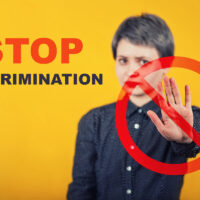 Having represented victims of age discrimination for more than two decades, our Marion County, Florida age discrimination victims’ lawyers know that older workers continue to face significant obstacles in their efforts to obtain promotion. In denying older employees promotion, employers often attempt to justify their employment decision by reliance on subjective reasons. For example, employers will claim that the person promoted was “more enthusiastic,” “a better fit,” or had better “interpersonal skills” that the rejected older worker.

Although employers may take subjective factors into account in their employment decisions, subjective reasons, as the U.S. Eleventh Circuit Court of Appeals recognized in Carter v. Three Springs Residential Treatment, 132 F.3d 635 (11th Cir. 1998), provide a “ready mechanism for [age] discrimination.” Consequently, as explained by the U.S. D.C. Circuit Court of Appeals in Hamilton v. Geithner, 666 F.3d 1344 (D.C. Cir. 2012), courts “have repeatedly expressed concern about the ease with which heavy reliance on subjective criteria may be used to ‘mask’ or ‘camouflage’ discrimination.”  In this article, our Ocala, Florida age discrimination victims’ lawyers explain how the decision in Cunningham v. East Tallahatchie School District, Case No. 4:19-cv-10 (N.D. Miss. Aug. 4, 2020) demonstrates that an employer’s reliance on subjective reasons may be insufficient to justify an employment decision and reflect a discriminatory motive.

In the fall of 2017, Cunningham began working for the School District as an inclusion teacher. Cunningham had over 23 years of experience in the education field, which included three years as an assistant principal in other school districts. In July 2018, Cunningham applied for the assistant principal position at Charleston High. The School District’s superintendent instructed the principal at the high school, Beechem, to conduct the interviews of applicants for the position.

Beechem interviewed between two to five applicants but choose not to interview Cunningham because of her performance in a past interview. Beechem had the discretion to choose which applicants to interview. Beechem selected a man named Johnson for the position because “he bought some things to the table that would be beneficial” to the high school and “would be a good fit for the system which [Beechem] was putting in place.” At the time Johnson was selected for the assistant principal position, Cunningham was 57 years old and Johnson was 39 years old.

In applying these principles, the trial court found that although Beechem’s “subjective beliefs about Cunningham’s fitness for the position may be true,” they were an insufficient justification for the decision to select Johnson over Cunningham because they were based on nothing more than Beechem’s vague and conclusory feelings. Because the School Board’s articulated reason for not selecting Cunningham was legally insufficient to justify the employment decision, the trial court denied the School Board’s motion for dismissal.