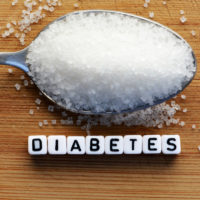 In that case, Salvador Navarro (Navarro) filed an employment discrimination lawsuit against his former employer, DHL Global Forwarding (DHL). Navarro claimed that DHL failed to reasonably accommodate his disability and fired him because of his disability. Navarro worked for DHL as a cargo handler for almost 22 years at a facility near the Los Angeles International Airport (LAX). Navarro has diabetes, which can cause dizziness, blurred vision, and fainting unless he eats at regular intervals. When his blood sugar level drops, Navarro usually drinks juice or water mixed with sugar to control these symptoms. Navarro’s diabetes constituted a disability within the meaning of the ADA.

DHL did not allow its drivers to keep food in the company’s trucks. Navarro informed his managers that he was diabetic and requested permission to take regular lunch breaks. However, Navarro’s schedule was never adjusted and his managers repeatedly denied his requests. In August 2012, Navarro was suspended without pay for making an unplanned stop in a DHL truck to buy food. Navarro told his managers that it was an emergency stop because he was feeling dizzy and had blurred vision.

In July 2013, Navarro was assigned an eight-hour shift and complained to his supervisor that he needed a lunch break. His request was denied. On his way back to the LAX facility after completing his last pick up at British Airlines, Navarro started feeling dizzy and parked his truck in an empty lot. Navarro drank sugar water to bring up his blood sugar level and completed some forms that he had not finished at the airport. Navarro then received a phone call from his supervisor who asked where he was located. Navarro said that he was doing “British paperwork.” Navarro heard the supervisor tell another individual that Navarro was “at British,” but the supervisor hung up the phone before Navarro could clarify. Navarro tried to reach the supervisor on the radio and his cell phone, but the supervisor did not answer. As he pulled out of the parking lot, Navarro saw one of his managers sitting in a car across the street.

When Navarro returned to the LAX facility, he met with several supervisors and was questioned about the stop that he had just made. Navarro explained that he was feeling dizzy and had blurred vision so he pulled over to drink sugar water to stabilize his blood sugar level. The next day, Navarro was called into another meeting with supervisors. The supervisors accused Navarro of making an unauthorized stop and lying to his supervisor. Once again, Navarro explained what happened and that he had stopped the truck to drink sugar water to stabilize his diabetic condition. Navarro was suspended for seven days pending an investigation and subsequently fired for “dishonest behavior.”

Fired For Conduct Caused By Disability

Following a trial, the jury returned a verdict in favor of Navarro on his disability discrimination claims. DHL then filed a motion with the trial court arguing that it was entitled to judgment as a matter of law because Navarro had not presented sufficient evidence to prove his disability discrimination claims. The trial court denied DHL’s motion and upheld the jury’s verdict in favor of Navarro.

In denying DHL’s motion, the trial court found that Navarro had presented sufficient evidence to establish that DHL failed to reasonably accommodate his disability because DHL did not allow drivers to keep food in their truck and repeatedly denied Navarro’s requests for regular lunch breaks. The trial court also found that Navarro had presented sufficient evidence to establish that he was fired because of his disability. The trial court pointed out that DHL’s managers knew that Navarro was a diabetic, but nonetheless “refused to allow him to take regular meal breaks.” The trial court also observed that Navarro was suspended in August 2012 for “making an unauthorized stop for food even though he had explained that it was an emergency because he was having a hypoglycemic episode.” Then Navarro had a similar episode in July 2013 “requiring him to make an unplanned stop to drink some sugar water.” Despite explaining the situation to his managers, Navarro was still “suspended and then terminated.” Based on this evidence, the trial court concluded, the jury reasonably found that a “substantial motivating factor in DHL’s termination decision was [Navarro’s] unauthorized stop, which was conduct caused by [his] disability.”