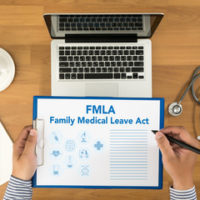 An employer that retaliates over an employee exercising their rights in FMLA can face serious consequences, such as the case when Central Management Systems allegedly makes up drug possession charges after the fact.

Having fought for employee rights for nearly twenty years our Florida employment discrimination lawyers have learned that employers often punish employees for exercising their rights under the Family Medical Leave Act (FMLA). Under the FMLA, employees are entitled to up to 12 weeks of leave during any 12-month period because of a serious health condition. FMLA leave may be taken intermittently or by reduced schedule when medically necessary. When leave is taken under the FMLA, employees are entitled to reinstatement to their former position or an equivalent position with the same pay and benefits. In order to protect these rights, the FMLA prohibits employers from retaliating against employees who exercise their rights under the FMLA. The facts alleged in Hansen v. Central Management Services, No. 17-3256 (C.D. Ill. June 12, 2018) are instructive in showing that the FMLA protects employees from retaliation when they exercise their rights under the FMLA.

In that case, Stewart Hansen (Hansen) sued his former employer, Central Management Services (CMS), pursuant to the FMLA. Hansen claimed that CMS violated the FMLA by firing him in retaliation for exercising his rights under the FMLA. From January 1990 until October 14, 2016, Hansen worked for CMS as a systems analyst in its IT Department. CMS is an agency of the State of Illinois.

Hansen alleged that when he filed the requests for intermittent FMLA leave, a supervisor named Meunch “stepped out of his office to the central work area of [his] unit and . . . loudly cursed at [him] and proceeded to reprimand [him] throughout the day.” Hansen claimed that he complained to his union representative and that Meunch was disciplined for his behavior. After this incident, Hansen asserted that Meunch held him to a “higher standard than his co-workers” and “aggressively continued his harassment.” Hansen was tardy on April 15 and 16, 2016 due to his mental health condition. Although the tardy arrivals were approved as part of his intermittent FMLA leave, Hansen alleged that Meunch and another supervisor named Harvey subjected him to disciplinary action for the two tardy arrivals. After this incident, Hansen alleged that Meunch and Harvey “continued to harass him on a daily basis.”

In August 2016, Hansen’s girlfriend dropped him off at work in a car that Hansen rented. The police stopped the car and searched the girlfriend’s backpack. The officers found illegal drugs and drug paraphernalia. The officers also found an empty container for prescription medication with Hansen’s name on it. Police officers then came to Hansen’s workplace. After the officers found nothing on his person, they began to question Hansen. When Hansen said that he wanted to speak with a lawyer, the officers arrested him and took him to jail.

On September 12, 2016, CMS suspended Hansen indefinitely for violation of CMS policies because he possessed illegal drugs and drug paraphernalia. Hansen claimed that Meunch and Harvey “concocted the story of drug possession to harass [him] because he asserted his rights” under the FMLA. CMS maintained that it ultimately terminated Hansen’s employment because of his possession of illegal drugs and drug paraphernalia. Following Hansen’s termination, the state attorney dropped all charges against Hansen.

Representing employees throughout Florida, we have extensive experience employment law cases in federal and state court. If you have been the victim of employment retaliation or have questions about your rights as an employee, please contact our office for a free consultation with our Alachua employment law attorneys. Our employee rights law firm takes employment law cases on a contingency fee basis. This means that there are no attorney’s fees incurred unless there is a recovery and our attorney’s fees come solely from the monetary award that you recover.