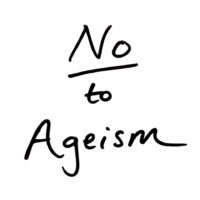 Having represented age discrimination victims for more than twenty years, our Citrus County, Florida age discrimination lawyers know that employers often fail to provide older workers with the training they need to meet performance expectations—even when the training is requested. Having failed to provide them with the necessary training, employers then terminate older employees because of an allegedly unsatisfactory work performance. In this article, our Inverness, Florida age discrimination attorneys explain how the decision in Testa v. Carefusion, 2016 WL 4099113 (S.D. N.Y. Aug. 2, 2016) illustrates that an employer’s failure to provide training to an older worker, when coupled with an age-biased explanation for the failure, constitutes evidence of an age-based discriminatory discharge.

In that case, Stephen Testa (Testa) brought an age discrimination lawsuit against his former employer, Carefusion, pursuant to the Age Discrimination in Employer Act (ADEA). Under the ADEA, employees are protected from age discrimination with respect to all aspects of employment, including job training and termination. Testa claims that Carefusion violated the ADEA by firing him because of his age.

In February 2016, Testa was hired by Carefusion as a Regional Sales Manager. In this position, Testa alleges that his individual sales rankings were “somewhat in the middle.” Testa further alleges that his supervisor reviewed his performance in August 2013 and stated that Testa had “done a good job of gaining control over business opportunities, reestablishing customer relationships, and managing his team through difficult customer situations.”

In August 2016, according to Testa, his role changed due to corporate restructuring and the Regional Sales Manager position became a “position of analytics.” In the fall of 2016, Testa claims that he had several conversations with his supervisor “regarding the skills necessary to perform analytics” and this his “age came into question as to matching up with the skill set of someone younger, who had the analytical training of a younger employee.” Testa claims that in November 2016 he asked for help and additional training to develop the requisite skill set. With respect to his request for additional training, Testa asserts that he was told: “the job has changed and unfortunately someone from your era might not have these skills”; “things are different today”; “the job you did here years ago has changed”; and “the skills needed are typically of a younger sales manager.”

On December 11, 2013, Testa met with his supervisor. During this meeting, Testa claims that he was asked to resign and to consider reassignment to two different positions within the company. Two days later, Testa was fired. Testa was fifty-three years old when terminated. Testa alleges that he was replaced by an individual who was thirteen years younger.

Carefusion filed a motion with the trial court seeking dismissal of Testa’s age discrimination case. In doing so, Carefusion argued that Testa had not alleged sufficient facts to establish that he was fired because of his age. The trial court denied Carefusion’s motion for dismissal and ruled that Testa’s allegations were “sufficient to make out a claim for age discrimination under the ADEA.”

In denying Carefusion’s motion for dismissal, the trial court focused on the ageist remarks made in response to Testa’s request for additional training. The trial court found that the comments were probative of age discrimination because they were made “only one month before [Testa] was terminated” and “while discussing [Testa’s] job performance and the skills necessary for him to satisfactorily perform in his role.” The court also pointed out that Testa claims that he was replaced by a substantially younger employee. Testa’s allegations concerning ageist comments and replacement by a substantially younger employee, the trial court concluded, were sufficient to establish an age-based discriminatory discharge.