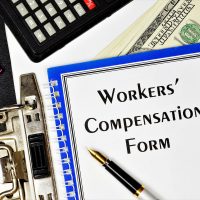 Monogram operates a factory in Chandler, Minnesota where Guevara was employed for approximately fourteen years. Guevara worked in various roles on Monogram’s production line. On January 25, 2018,while Guevara was putting labels on boxes, a co-worker knocked a box off a pallet that, according to Guevara, fell on the back of her neck. Guevara reported the incident to Monogram’s Human Resources Manager, a man named Mejias. On March 12, 2018, Guevara provided Monogram with a doctor’s note stating that she needed to go to the hospital for three weeks to receive treatment to help manage her pain.

One of the most important decisions that workers’ compensation retaliation victims must make is deciding which employment lawyers to consult with regarding their legal rights. At our employment law firm, an experienced employment attorney will speak with you personally and you will receive the individualized attention your case deserves. We offer free confidential case evaluations and you will never have to pay to speak with our employment lawyers regarding your rights as a workers’ compensation claimant. We are available for consultation at your convenience and are able to schedule telephone consultations for evenings and weekends.