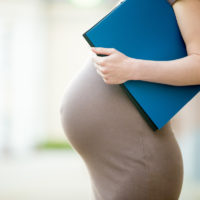 In that case, Kiyoko Rubio (Rubio) sued her former employer, C.R. Contractors, LLC (C.R.), pursuant to the Pregnancy Discrimination Act (PDA). Rubio claimed that she was fired on the basis of pregnancy in violation of the PDA. C.R. provides room attendants and other staff to hotels. From February 2, 2016 to June 20, 2016, C.R. assigned Rubio to Hyatt’s Corporation’s Hyatt House (Hyatt House) as a room attendant.

C.R. filed a motion with the trial court seeking dismissal of Rubio’s pregnancy discrimination claim. In support of its motion, C.R. argued that the timing between Rubio’s disclosure of her pregnancy and Rubio’s termination was insufficient to establish that she was fired on the basis of pregnancy. The trial court denied C.R.’s motion for dismissal and ruled that Rubio had alleged sufficient facts to state a claim for pregnancy discrimination.