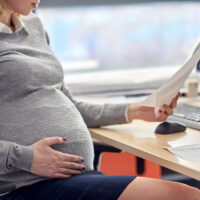 In that case, Kelly Codrington (Codrington) brought a pregnancy discrimination lawsuit against her former employer, Carco Group (Carco), pursuant to the Pregnancy Discrimination Act (PDA). The PDA prohibits employers from discriminating against women based on pregnancy, childbirth, or related medical conditions. Thus, the PDA not only covers pregnancy, but also childbirth and related medical conditions. An employee claiming a discriminatory discharge in violation of the PDA must show that her discharged occurred while she was affected by pregnancy, childbirth, or related medical conditions. Codrington claims that Carco violated the PDA by firing her because of her pregnancy.
During her employment with Carco, Codrington became pregnant. Codrington informed her supervisor that she was pregnant and that she “intended to stay with the company through her pregnancy and wanted to return after as well.” During this meeting, Codrington told her supervisor that she was “nervous about her job security” because she was not eligible for a leave of absence under the Family Medical Leave Act for the birth of her child since she had not been employed with the company for more than one year. Codrington notified her supervisor that she intended to miss six weeks of work after giving birth and that she would be “calling for her job back” at the end of the six-week period. However, Codrington’s supervisor said that he “couldn’t guarantee her job” would still be available in January 2012 when she expected to return after giving birth.
In December 2011, Codrington left work in order to give birth. When she called Carco six weeks after giving birth in order to claim her job back, Codrington was informed that there was no job available for her. Codrington alleges that Carco replaced her with a non-pregnant employee.