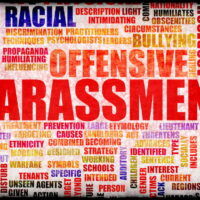 Having practiced employment discrimination law for more than two decades, our Marion County, Florida employee rights attorneys know that employees are frequently discriminated against on the basis of race through discriminatory job assignments. For example, employers will require members of a particular race to perform the worst job duties or work the least desirable shifts. Under Title VII of the Civil Rights Act of 1964 (Title VII), employees are protected from race discrimination with respect to all aspects of employment, including job assignments and work shifts. In this article, our Ocala, Florida employee rights lawyers explain how the decision by the U.S. District Court for the Southern District of New York in Ramirez v. NYP Holdings, LLC, 2020 WL 470011 (S.D. N.Y. Jan. 29, 2020) demonstrates that discriminatory job assignments can create a race-based hostile work environment.

In that case, Jose Ramirez (Ramirez) filed an employment discrimination lawsuit against his former employer, NYP Holdings, LLC (NYP), pursuant to Title VII. Ramirez claims that he was harassed because of his race and the racial harassment was sufficiently severe or pervasive to create a racial hostile work environment in violation of Title VII.

Ramirez, who is Hispanic, worked as a newspaper feeder at NYP’s plant in the Bronx, New York. In his work at the plant, Ramirez claims that he and other Hispanic employees were isolated and given the worst job assignments and the least desirable work shifts by white foreman. Ramirez further alleges that he and his Hispanic co-workers were not promoted to better job positions as quickly as white employees. Ramirez also claims that his co-workers referred to him as a “typical Spic” and regularly made similar racially derogatory comments throughout his employment. When he and other Hispanic employees complained about their mistreatment to white foreman, they were allegedly instructed to ignore the racially derogatory comments made by white employees.

The racial harassment culminated in an incident which occurred on November 16, 2017. On that day, Ramirez was working in the vicinity of an employee named Sullivan, and when the foreman left the floor, Sullivan left his designated work area—in violation of company policy—and began yelling at Ramirez. Sullivan yelled comments such as, “It’s because of people like you that we lose our jobs” and “People like you are worthless.” After enduring Sullivan’s repeated comments, Ramirez yelled back at Sullivan, asking him why he was making such comments. Ramirez’s foreman then ordered Ramirez to go home for the rest of the day, calling a guard to escort Ramirez from the premises, while Sullivan was allowed to return to work.

NYP filed a motion with the trial court seeking dismissal of Ramirez’s racial harassment claim. The trial court denied NYP’s motion for dismissal and found that Ramirez’s allegations were sufficient to state a racial hostile work environment harassment claim under Title VII. The trial court explained that Ramirez does not allege racial abuse that was “isolated, minor, or occasional.” Instead, Ramirez claims that he was subjected to racial taunts, such as “typical Spic” and degrading comments similar to those made by Sullivan, throughout his employment with NYP. The trial court also observed that Ramirez alleged that “he and other Hispanic employees were isolated and given the worst work assignments on the least desirable shifts.” The trial court found that “chronic mistreatment affecting the type of work that [Ramirez] engaged in and the hours that [Ramirez] was required to work” contributed to the creation of a racial hostile work environment. Thus, the trial court concluded, Ramirez’s allegations established that he endured racial harassment that “a reasonable person would find” had altered the conditions of his or her employment “for the worse.”

Based in Ocala, Florida and representing employees throughout Central Florida, our Marion County, Florida employee rights attorneys have been fighting for employee rights for more than twenty years. If you have been subjected to racial harassment or have questions about your protection against racial harassment under the federal civil rights laws, please contact our office for a free consultation with our Ocala, Florida employee rights lawyers. Our employment and labor law attorneys take employment discrimination cases on a contingency fee basis. This means that there are no attorney’s fees incurred unless there is a recovery and our attorney’s fees come solely from the monetary award that you recover.