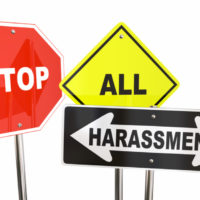 Under Title VII of the Civil Rights Act of 1964 (Title VII), employees are protected from retaliation when they complain about racial discrimination or harassment in the workplace. Having represented victims of retaliation for almost twenty years, our Central Florida employment retaliation attorneys have learned that instead of addressing, let alone resolving, employee complaints of racial discrimination or harassment, employers often target complaining employees for adverse employment actions. The decision by the United States District Court for New Jersey in Nuness v. Simon and Shuster, Inc., No. 16-2377 (D. N.J. Nov. 17, 2016) is instructive in showing that employees are not required to tolerate an employer’s refusal to address complaints of racial discrimination or harassment.

Employer Fires Employee Rather Than Address Her Complaint

In that case, Tyshanna Nuness (Nuness), who is African-American, brought a retaliatory discharge claim against her former employer, Simon & Schuster, Inc. (Simon & Schuster). Nuness was employed by Simon & Schuster as a line picker. In this position, Nuness was required to work in “close proximity” and “alongside” a white employee named Hankins. Nuness claimed that Hankins used a racial slur in reference to her while they were working together. Nuness complained to her supervisor about the racial slur. Nuness’ supervisor referred her race discrimination complaint to the Director of Human Resources. Hankins was suspended for one week because of the racial slur. After the suspension, Simon and Schuster placed Hankins back on the same shift as Nuness, forcing her to work in “close proximity” to the same person who used the racial epithet.

Employer Fires Employee Rather Than Address Her Complaint

Based in Ocala, Florida and representing employees throughout Central Florida, we have extensive experience representing employees who have been retaliated against for complaining about racial discrimination or harassment in the workplace. If you have been retaliated against, or have questions about having to work with an employee who has engaged in racial discrimination or harassment, please contact our office for a free consultation with our Central Florida retaliation lawyers. Our employee rights law firm takes employment retaliation cases on a contingency fee basis. This means that there are no attorney’s fees incurred unless there is a recovery and our attorney’s fees come solely from the monetary award that you recover.