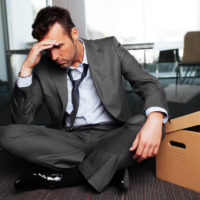 Employee Claims He Was Targeted to be Fired with Retaliation

In that case, Luis Enrique Cristain (Cristain) sued his former employer, Hunter Buildings & Manufacturing, L.P. (Hunter), for retaliation. Cristain alleged that Hunter fired him in retaliation for making a workers’ compensation claim. In August 2014, Cristain was hired by Hunter as a helper. Cristain’s duties included painting, maintenance, and cleaning. On February 5, 2015, Cristain was assigned to clean a ceiling while standing on a scaffold. The scaffold collapsed and Cristain sustained an injury. Hunter’s Environmental Health and Safety Manager, an employee named Edmonds, took Cristain to a doctor after allegedly delaying for a period of time. The doctor diagnosed Cristain with a lumbar strain and released him to work “as tolerated.’

After he suffered a work-related injury and obtained medical treatment, Cristain began having problems with Edmonds. Edmonds initially resisted Cristain’s request to take the next day off from work for recovery purposes. Edmonds showed up unannounced at Cristain’s house to “check on him” three days after the accident occurred. Edmonds also insisted on driving Cristain to work and the doctor. Edmonds was not Cristain’s supervisor, had not previously been involved in Cristain’s employment, and has only seen Cristain once or twice before the accident.

Eight days after the accident and a few days after Cristain filed workers’ compensation paperwork, Edmonds offered Cristain a “flow monitor” job, a position Edmonds created in which Edmonds would become Cristain’s new supervisor. Cristain alleged that he was set up to fail in this invented position for which he received no training and for which he lacked experience. Cristain had no disciplinary history as a helper. Immediately after Cristain began his new position, Edmonds claimed that Cristain was taking numerous unauthorized breaks. Cristain denied the allegation. Three days later, Edmonds gave Cristain a verbal warning for allegedly failing to pick up paperwork for his flow monitor job.

Edmonds also investigated the scaffold incident and concluded that it was Cristain’s fault. Two weeks after the accident, Edmonds addressed the scaffold incident with Cristain in a meeting. Cristain claimed that he was immediately fired in the meeting, while Edmonds alleged that Cristain became belligerent and profane, prompting Edmonds to fire him. Cristain was fired fifteen days after the accident occurred and eleven days after filing workers’ compensation paperwork. The termination document did not mention any purported abusive language by Cristain. Instead, the only boxes checked off were “Violation of Safety Rules” and “Violation of Company Policy/Practices.” Under “Description of Incident,” Edmonds wrote that Cristain “took it upon himself to use a scaffold of which he was not trained or authorized to use” and “failed to perform a job hazard analysis for task assigned.”

In reversing the trial court, the Fifth Circuit found that Cristain had “presented considerable evidence that would support a jury verdict in his favor.” The appellate court found that there was a “stark temporal proximity” between Cristain’s workers’ compensation claim and his termination because Cristain “was fired approximately two weeks after his injury.” The appellate court also observed that “given their lack of a relationship before the accident,” a jury could find that Edmonds’ actions of “checking on” Cristain at his home and driving him to work and medical appointments “was an effort to intimidate Cristain.” The court of appeals also found that Edmonds’ repeated statements indicating doubt about whether Cristain was actually injured, such as describing Cristain’s injury as a “supposed injury” and physical limitations from the accident as “perceived restrictions,” reflected a “negative attitude towards Cristain because of his workers’ compensation claim.” From this evidence, the Fifth Circuit concluded, a jury could find that Hunter fired Cristain in retaliation for making a workers’ compensation claim.

Based in Ocala, Florida and representing employees throughout Central Florida, we have extensive experience representing victims of employment retaliation. If you have been the victim of workers’ compensation retaliation or have questions about your rights after sustaining an injury at work, please contact our office for a free consultation with our Alachua County, Florida retaliation attorneys. Our employee rights law firm takes retaliation cases on a contingency fee basis. This means that there are no attorney’s fees incurred unless there is a recovery and our attorney’s fees come solely from the monetary award that you recover.