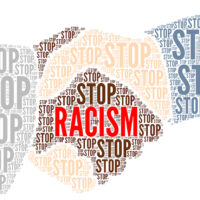 Employee Claims She Was Unlawfully Fired

In that case, Merlene Bacchus (Bacchus) brought an employment discrimination lawsuit against her former employer, the New York City Department of Education (DOE), pursuant to Title VII of the Civil Rights Act of 1964 (Title VII). Title VII protects employees from discrimination on the basis of race and national origin. Bacchus claims that the DOE violated Title VII by terminating her employment because of her race and national origin.

Bacchus, who is a black woman of Guyanese national origin, was employed by the DOE from 1994 until March 11, 2011 as a school aide. From September 2007 until she was fired on March 11, 2011, Bacchus was assigned to work at Public School 259 (PS 259). The principal at PS 259 was a woman named Thompson. Prior to working at PS 259, Bacchus had never had any disciplinary charges brought against her.

Bacchus testified that between 2009 and 2011, she frequently heard Thompson say that she did not like West Indian women and that they could not speak English. Bacchus further testified that Thompson regularly shouted at her, mocked her, and told her to “learn to speak the English language.” Other school administrators at PS 259, according to Bacchus, also regularly mocked her accent and laughed at her when she spoke. One administrator, Bacchus testified, referred to her as “Aunt Jemima” at least twice a week.

In February 2011, two sixth-graders approached a school administrator about issues they were allegedly having with Bacchus. The administrator told them to write statements documenting the issues. Their statements alleged that Bacchus had called another sixth-grader “fat boy” while in the auditorium. The administrator then asked the alleged target of the remark to provide a statement, and he stated that Bacchus had called him “fat boy.” Bacchus alleges that the administrator, who had regularly mocked her accent and laughed at her when she spoke, manipulated the students into providing the statements. Thompson deemed the allegations against Bacchus regarding the incident to be substantiated and fired Bacchus. Bacchus was replaced by a white school aide of Polish descent who had previously been laid off due to budget cuts.

The DOE filed a motion with the trial court seeking dismissal of Bacchus’ discriminatory discharge claim. In demanding that the trial court dismiss the case, the DOE argued that the evidence conclusively established that Bacchus was fired for verbally abusing a student, which was corroborated by three written statements, and not because of her race and/or national origin. The trial court denied the DOE’s motion for dismissal and ruled that whether Bacchus was fired because of her race and/or national origin was “a question left for the jury to decide at trial.”