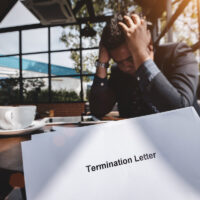 In that case, William Gilliam (Gilliam) brought a race discrimination lawsuit against his former employer, JOCO Assembly, LLC (JOCO), pursuant to Title VII of the Civil Rights Act of 1964 (Title VII). Under Title VII, it is an unlawful employment practice for employers to discriminate against employees on the basis of race. Gilliam claims that JOCO violated Title VII by firing him because of his race, African-American.

In March 2014, Gilliam began working for JOCO as an assembler making latches for bus windows. Gilliam alleges that he was continuously subjected to racial slurs by his supervisor, a man named McCombs. According to Gilliam, McCombs subjected him to racial slurs every day. Gilliam repeatedly told McCombs not to use racial slurs in his presence, telling him to “stop that, please don’t do that, and I don’t like it.” Despite his protests, McCombs continued to subject Gilliam to racial slurs “constantly.”

In May 2014, McCombs was assigned to work in the “kick-out” area, which required him to use scissors while cutting rubber bushings to go inside glass frames. Because the scissors provided to him by McCombs were defective, Gilliam asked McCombs for a new pair. Because McCombs failed to assist him, Gilliam got a new pair of scissors himself. After a co-worker told McCombs that Gilliam had traded out his scissors on his own instead of waiting for McCombs, Gilliam confronted the co-worker about reporting him to Gilliam. Gilliam told the co-worker “you are lucky you ain’t went to prison because the snitches get stitches.” Gilliam alleges that after confronting the co-worker, he started working again. While he was working, according to Gilliam, McCombs came up to him and subjected him to another racial slur. Gilliam claims that he put down his scissors and pursued McCombs as McCombs went to speak with the Plant Manager.

Gilliam maintains that he was fired based on what McCombs told the Plant Manager about the incident in the “kick-out” area. Gilliam further claims that JOCO fired him without getting his side of the story or conducting an independent investigation to confirm what happened in the “kick-out” area from sources other than McCombs. In fact, JOCO’s HR Director testified that the company never conducted any investigation regarding what happened in the “kick out” area before firing Gilliam.

JOCO filed a motion with the trial court seeking dismissal of Gilliam’s racial discrimination claim. In doing so, JOCO argued that McCombs’ racial animus towards Gilliam was irrelevant to whether Gilliam was fired on the basis of race because McCombs did not make the decision to fire Gilliam. Instead, according to JOCO, the Plant Manager made the decision to fire Gilliam and there was no evidence that the Plant Manager harbored racial animus towards Gilliam. The trial court denied JOCO’s motion for dismissal and ruled that Gilliam was entitled to proceed to trial on his race discrimination claim.

In denying JOCO’s motion for dismissal, the trial court found that JOCO could be held liable for McCombs’ racial animus towards Gilliam because the Plant Manager relied upon information provided by McCombs regarding what happened in the “kick-out” area in deciding to terminate Gilliam’s employment without conducting an investigation to determine what happened from sources other than McCombs. In fact, the trial court pointed out, the Plant Manager never asked Gilliam for his version of events before firing him. By showing that JOCO did not conduct an independent investigation and that the Plant Manager simply rubber-stamped the information provided by McCombs in deciding to fire him, Gilliam had produced sufficient evidence to establish that McCombs’ racially biased report to the Plant Manager was the actual cause of his termination.