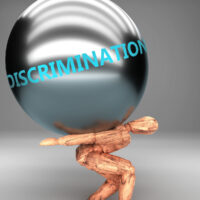 In that case, Nashaat Moza (Moza) brought an employment discrimination lawsuit against his former employer, New York City Health & Hospitals Corp. (HHC), pursuant to Title VII of the Civil Rights Act of 1964 (Title VII). Title VII protects employees from discrimination on the basis of national origin. Moza claims that HHC violated Title VII by terminating his employment on the basis of his national origin, Egyptian.

Moza was born and received his medical degree in Egypt. In September 2008, Moza was hired by HHC as an Assistant Director of Risk Management. Between the start of his employment and June 2012, Moza received four evaluations rating him a fully competent or better. In March 2013, a woman named Woll became Moza’s supervisor. Moza contends that Woll did not like him from the start and discriminated against him because he is Egyptian. Moza says that Woll attempted to erode his relationships with co-workers and told him that she should be the one to speak on behalf of the Risk Management Department, not him. On one occasion, Moza claims that he heard someone he believed to be Woll state: “I know how to terminate this stupid Egyptian guy.” On another occasion, Moza alleges that Woll told a Haitian employee that Moza has a “different culture from us.”