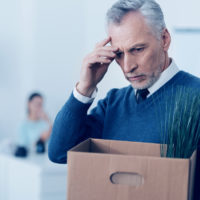 The Age Discrimination in Employment Act (ADEA) prohibits employers from discriminating against employees on the basis of age. Patterned after Title VII of the Civil Rights Act of 1964, the ADEA prohibits discrimination based on age against employees aged 40 and over. “One purpose of the ADEA,” as explained by the U.S. Eighth Circuit Court of Appeals in Hilde v. City of Eveleth, 777 F.3d 998 (8th Cir. 2015), “is to ensure that [employees] are evaluated on their merits and not their age.” Despite the ADEA’s mandate of equal treatment, as observed by the U.S. Seventh Circuit Court of Appeals in Graefenhain v. Pabst Brewing Co., 827 F.2d 13 (7th Cir. 1987), “many employees or younger business executives act as if they believe there are good business reasons for discriminating against older employees.” Read on to learn more about proving age discrimination.

In that case, Linda Carr (Carr) brought an ADEA action against Home Depot USA, Inc. (Home Depot) claiming that she was fired because of her age. Carr worked at Home Depot as a kitchen/bath designer. Carr was sixty-four years old when she was fired. Home Depot terminated Carr’s employment in July 2016. According to Carr, an assistant store manager told her in April 2016 that one of the store managers was “going after older people.”

In May 2016, Carr spoke up against the company’s push to sell cabinet re-facing because she felt that it was not always in the customer’s best interest to re-face rather than put in entirely new cabinets. Later that month, store management met with Carr to discuss her “apparent negative attitude and declining morale.” During the meeting, Carr shared that she felt she had a “target on her back” and was “just waiting to get fired.” In July 2016, a customer approached Carr regarding a product, but Carr “told the customer that she was unable to assist him.” Later that month, Home Depot terminated Carr’s employment because she allegedly intentionally refused to help the customer.