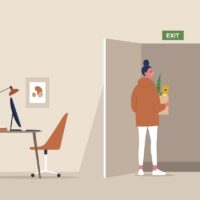 On May 12, 2021, the EEOC issued a press release announcing that it has entered into a Consent Decree settling a retaliation lawsuit against USAble Life (USAL). On November 27, 2019, the EEOC filed the retaliation case, U.S. Equal Employment Opportunity Commission v. USAble Life, Case No. 4:19-cv-00846, in the U.S. District Court for the Eastern District of Arkansas. In the Consent Decree, which was executed by U.S. District Court Judge Brian S. Miller on May 11, 2021, USAL agreed to pay $90,000 to resolve the retaliation lawsuit.

In September 2015, DeClue started working for USAL as a customer service associate. During her employment, DeClue became pregnant and notified USAL that she had an expected delivery date of January 16, 2018. Exercising her employee rights, DeClue requested leave under the Family Medical Leave Act (FMLA) and short-term disability leave due to the birth of her child. DeClue’s short-term disability leave was scheduled to end on February 26, 2018. DeClue’s FMLA leave was scheduled to end on April 9, 2018.

On March 16, 2018, while she was on pregnancy-related medical leave, DeClue interviewed for promotion with respect to two positions. USAL did not select DeClue for promotion to either position. The EEOC alleges that USAL failed to promote DeClue because she was a lactating mother and would need breaks to pump milk. On March 26, 2018, DeClue complained to a USAL vice president regarding her belief that she had been discriminated against because of the medical reasons for her leave of absence and because of her need to take breaks to pump milk. The vice president instructed DeClue to speak with a manager of employee relations.

On March 27, 2018, DeClue contacted the manager of employee relations regarding her concerns. The manager of employee relations simply informed DeClue that she had unused FMLA leave. Based on her belief that USAL had not properly resolved her concerns, DeClue called the BCBS hotline number on April 3, 2018, alleging that USAL had discriminated against her on the basis of pregnancy. The BCBS hotline number was posted in USAL’s employee breakroom. On April 11, 2018, USAL fired DeClue. The EEOC contends that DeClue was fired in retaliation for lodging a pregnancy discrimination complaint with BCBS against USAL.

The EEOC is the administrative agency of the United States with the obligation under federal law for interpreting and enforcing the federal employment laws prohibiting discrimination, harassment, and retaliation. In order to fulfill its statutory mandate of eliminating unlawful employment practices from the American workplace, the EEOC brings lawsuits in federal court on behalf of employment discrimination victims, including retaliatory discharge victims.

In a press release issued by the EEOC on May 12, 2021 regarding the case, the Acting Director for the EEOC’s Memphis District Office, Edmond Sims, explained that “in fiscal year 2020, retaliation charges represented 55.8% of all charges filed—for many years it’s been the most common type of discrimination charge.” “Indeed,” Mr. Sims added, “that number demonstrates that employers have much to do in the workplace to protect employees’ right to complain about discrimination.”

Based in Ocala, Florida and representing employees throughout Central Florida, our Citrus County, Florida retaliation lawyers have fought for the rights of retaliation victims in Florida courts for more than twenty years. If you have been fired in retaliation for complaining about discrimination in the workplace or have questions about your protection from retaliation under the federal anti-discrimination laws, please contact our office for a free consultation with our Inverness, Florida retaliation attorneys. Our employment and labor law attorneys take retaliation cases on a contingency fee basis. This means that there are no attorney’s fees incurred unless there is a recovery and our attorney’s fees come solely from the monetary award that you recover.