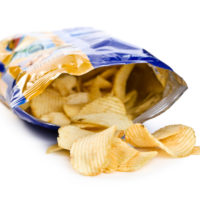 Under the Americans with Disabilities Act (ADA), when employees are unable to perform the essential functions of their position because of a disability, employers must provide them with a reasonable accommodation that will permit them to perform those essential functions. Under the ADA, a reasonable accommodation may include job restructuring, part-time or modified work schedules, reassignment to a vacant position, and modification of equipment or devices.

In that case, Araminta Roa (Roa) sued her former employer, Staples, Inc. (Staples), pursuant to the ADA. Roa claimed that Staples fired her because of her disability in violation of the ADA. Roa was employed as an associate in the bulk department at a Staples warehouse. In the bulk department, associates prepared merchandise for shipment to customers, which often required lifting and moving large objects, either manually or with equipment, such as a jack.

Beginning in 2013, Roa was diagnosed with several medical conditions that required restrictions on her work. At the time of her termination, those restrictions prevented Roa from lifting greater than ten pounds, raising and reaching her arms above her shoulders, operating electronic machinery, and performing repetitive motions. Staples placed Roa on “light duty” for the duration of her employment tenure. According to Staples’ policy, light duty was generally a temporary modification, not to exceed six months. Because she was restricted from operating machinery, Roa routinely operated a non-electric, manual pallet jack, which resulted in reduced productivity. At times, Roa would have trouble moving objects necessary to perform her job duties, but her co-workers would voluntarily assist her.

“How Long” Do We Have To Accommodate Her?

In February 2015, Roa’s supervisor, a man named Upia, sent an email regarding Roa to a human resources manager. Upia’s email asked, “Do we know how long we have to accommodate Armainta Roa?” Upia’s email further stated that although he had Roa working within her weight restrictions, Roa’s condition was “getting worse and not better,” and that she had been “hitting just 40% of her individual productivity.” In March 2015, Upia sent another email to the human resources manager with the recommendation that Roa’s compensation be reduced because her restrictions prevented her from operating machinery. In response, the human resources manager told Upia that because of “disability laws, we cannot remove her pay,” but promised Upia “there will be a resolution.”

In July 2010, a loss prevention associate named Dowd received a complaint from a Staples’ employee that a bag of chips had been stolen from his lunch bag in the cafeteria refrigerator. Dowd then reviewed surveillance camera footage from the cafeteria in order to determine who took the chips. Dowd testified that, in his opinion, the video showed Roa reaching into the employee’s bag, removing an indiscernible item, and walking away with the item clasped under her arm. Dowd conceded, however, that his investigation did not reveal conclusive evidence that Roa took the employee’s bag of chips. Later that month, a coordinator in the human resources department met with Roa and told her that she was being fired for theft of the employee’s bag of chips. During the meeting, Roa admitted that she took the bag of chips, but claimed that her sister left it for her.

In denying Staples’ motion for dismissal, the trial court found that Roa had presented sufficient evidence for a reasonable jury to conclude that Staples’ decision to fire her for stealing a bag of chips was simply a pretext to get rid of Roa because of her disability. In support of its conclusion, the trial court pointed to Upia “expressing frustration” about having to accommodate Roa’s disability and “suggesting” that Roa’s compensation be reduced due to her diminished productivity because of her disability. This evidence, the trial court reasoned, reflected Staples’ discriminatory intent. The trial court also found that Staples’ discriminatory intent was “further evinced by the fact that the alleged theft in question was a one-time event involving a single-serving bag of chips, rather than a pattern of thefts or theft of a valuable item.