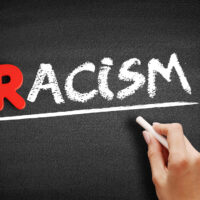 On May 7, 2020, the U.S. Equal Employment Opportunity Commission (EEOC) issued a press release announcing that it has filed a racial discrimination lawsuit against Thompson Construction Group, Inc. (Thompson Construction). On May 4, 2020, the EEOC filed the case, U.S. Equal Employment Opportunity Commission v. Thompson Construction Group, Inc., Case No. 1:20-cv-00406, in the U.S. District Court for the Middle District of North Carolina after initially attempting to remedy the alleged unlawful employment practices through its statutorily mandated conciliation process. Unable to secure from Thompson Construction an acceptable agreement through informal methods of conciliation, the EEOC moved forward with attempting to eliminate the alleged unlawful employment practices through litigation.

The EEOC is the administrative agency of the United States responsible for interpreting and enforcing federal labor laws prohibiting employment discrimination, including discrimination on the basis of race. In enforcing the federal labor laws, the EEOC is also authorized by federal law to file lawsuits on behalf of employees who have been discriminated against on the basis of their race. In a press release issued by the EEOC on May 7, 2020 regarding the case, a regional attorney for the EEOC’s Charlotte District Office, Kara G. Harden, explained that “federal law prohibits employers from treating workers differently because of race, plainly and simply.” Ms. Harden added, the “EEOC will continue to combat such misconduct in the American workplace.”