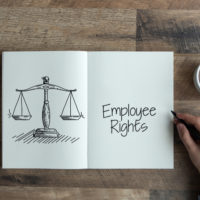 Title VII of the Civil Rights Act of 1964 (Title VII) prohibits employers from discriminating against employees on the basis of race, color, national origin, sex, and religion. Under Title VII, employees are protected from retaliation for making a charge of discrimination, testifying, assisting, or participating in any manner in an investigation, proceeding, or hearing under Title VII. This anti-retaliation provision of Title VII is known as the “participation clause.” The purpose of the participation clause, as determined by the U.S. Supreme Court in Robinson v. Shell Oil Co., 519 U.S. 337 (1997), is to enable employees victimized by employment discrimination to have “unfettered access” to the “remedial mechanisms” of Title VII.

Through their extensive experience representing employees who have been victimized by retaliation, our Central Florida employment retaliation attorneys have learned that employers attempt to frustrate the enforcement of Title VII’s antidiscrimination provisions and deter employees from participating in Title VII proceedings by imposing prerequisites to protection under the participation clause. In doing so, employers recognize that if a witness in a Title VII lawsuit is protected from retaliation only when his or her testimony is found by a court to be “voluntary,” “helpful,” or “reasonable,” employees will be less willing to testify as witnesses in Title VII lawsuits. Employers further recognize that even when employees are willing to testify as witnesses in Title VII lawsuits, their testimony will be significantly influenced or chilled by a desire to satisfy such prerequisites to protection from retaliation.

In Glover, Lydia Glover (Glover) brought a retaliation claim under Title VII against her former employer, the South Carolina Law Enforcement Division (SLED), claiming that she was fired because of her deposition testimony in a Title VII lawsuit. Glover was employed by SLED as a police captain.

During her employment, Glover received a notice of deposition to testify as a witness in a Title VII lawsuit. The Title VII lawsuit was filed by a deputy marshal, Jane Koball (Koball), against the U.S. Marshal Service for gender discrimination. Glover’s connection to the case derived from her employment with the Marshals Service as the U.S. Marshal for South Carolina. Glover worked for the Marshals Service immediately before SLED hired her. During her deposition testimony in the Title VII lawsuit, Glover accused her successor as the U.S. Marshal for South Carolina, Isreal Brooks (Brooks), of mismanagement, destruction of office documents, wasting funds, inappropriate behavior, dishonesty, and discrimination. Brooks eventually learned about Glover’s deposition testimony and complained the Chief of SLED.

Deposition Testimony Does Not Have To Be Reasonable

Based in Ocala, Florida and representing employees throughout Central Florida, we have extensive experience representing employees who have been retaliated against for participating in employment discrimination lawsuits. If you have been retaliated against for participating in an employment discrimination lawsuit, please contact our office for a free consultation with our Central Florida retaliation lawyers. Our employee rights law firm takes employment retaliation cases on a contingency fee basis. This means that there are no attorney’s fees incurred unless there is a recovery and our attorney’s fees come solely from the monetary award that you recover.