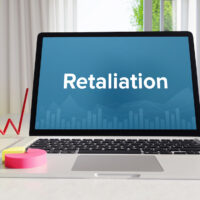 Having litigated retaliatory discharge cases for more than two decades, our Marion County, Florida retaliatory discharge lawyers have learned that employers frequently refuse to accommodate disabled employees. Under the Americans with Disabilities Act (ADA), employers are required to provide reasonable accommodations for employees with a disability. The ADA also protects employees from retaliation when they complain about perceived disability discrimination in the workplace, including an employer’s failure to accommodate their disability. In this article, our Ocala, Florida retaliatory attorneys explain how the decision by the U.S. District Court for the Northern District of New York in Rella v. New York State Office of Mental Health, 2020 WL 918767 (N.D. N.Y. Feb. 26, 2020) demonstrates that employees are protected from retaliation when they complain about an employer’s failure to provide them with a reasonable accommodation for their disability.

In that case, Bernadette Rella (Rella) brought a retaliatory discharge claim against her former employer, New York State Office of Mental Health (NYOMH), pursuant to the ADA. Rella claims that NYOMH violated the ADA by firing her in retaliation for complaining about the failure to accommodate her learning disability.

Rella worked as a mental health therapy aid for NYOMH at a psychiatric center. Rella alleges that she has a learning disability and “requires instruction through demonstration of the actual task instead of verbal explanation on how to complete the task.” Rella claims that beginning in June 2018 a registered nurse at her workplace, Williams, began to discriminate against her on the basis of her disability. Rella asserts that when she informed Williams about her disability and need for hands-on learning, Williams “walked away from [her] in an angry manner and completely failed to engage in the required interactive process.” Rella further alleges that Williams “completely ignored [her] requests for accommodation and began to shame and humiliate” her “as a result of her disability and need for specialized hands-on learning.”

On June 23, 2018, Rella complained to her supervisor about Williams’ failure to accommodate her learning disability. In late June 2018, NYOMH allegedly began to give Rella “negative feedback regarding her performance,” which was “shortly after the issues regarding [her] accommodation requests and related complaints came to light.” On July 9, 2018, Rella filed a written complaint with NYOMH alleging that she was being discriminated against based on her learning disability. In October 2018, according to Rella, she was the subject of a “positive performance review that was later covered up and/or destroyed” by a Head Supervisor named Olivadese. On October 24, 2018, Olivadese fired Rella. Rella claims that NYOMH fired her in retaliation for her “internal complaints regarding [NYOMH’s] failure to accommodate her.”

NYOMH filed a motion with the trial court seeking dismissal of Rella’s retaliatory discharge claim. In doing so, NYOMH argued that Rella’s allegations were insufficient to establish that she was fired in retaliation for complaining about the failure to accommodate her learning disability. In denying NYOMH’s motion for dismissal, the trial court concluded that Rella had alleged sufficient facts to state a claim for retaliatory discharge in violation of the ADA.

The trial court explained that Rella was protected from retaliation by the ADA for complaining about perceived disability discrimination, including complaining about the failure to accommodate her disability. The trial court found there was sufficient evidence to establish a causal connection between Rella’s complaints and termination. The trial court observed that Rella alleges that she was fired in October 2018 shortly after she complained about NYOMH’s failure to accommodate her learning disability in June and July 2018. Unlawful retaliation, the trial court noted, can be established by showing that an employee’s discrimination complaint was “closely followed in time” by termination. The trial court also pointed out that Rella alleges that Olivadese, the person who fired her, “covered up and/or destroyed” a positive performance review in October 2018, just before her termination,” which further “suggests an unlawful motive.”