Are Employees Protected From Disability Discrimination After Disclosing A Serious Medical Condition? 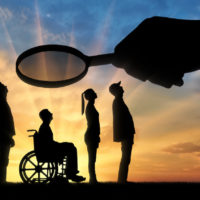 Having fought for the rights of employment discrimination victims for nearly twenty years, our Citrus County, Florida employment discrimination attorneys have learned that employers often terminate employees shortly after they disclose a serious medical condition. The Americans with Disabilities Act (ADA) protects employees from disability discrimination when they have an actual disability or an employer regards them as having a disability. In other words, employees are protected from disability discrimination if an employer believes they are, or treats them, as disabled—even if they do not have an actual disability. The recent decision by the U.S. District Court for the Eastern District of Michigan in Hardcastle v. Center for Family Health, No. 17-12491 (E.D. Mich. Mar. 28, 2019) is instructive in showing that when an employee is fired shortly after disclosing a serious medical condition, the employee can establish that he or she was fired on the basis of disability in violation of the ADA because the employer regarded the employee as disabled after the serious medical condition was disclosed.

Benedetto completed Hardcastle’s performance evaluations. Hardcastle’s performance evaluations “showed her to be highly rated, described as an effective manager, and commended on staff interactions and communications.” In her review less than two months before Hardcastle was fired, Benedetto “commended” Hardcastle “on her interactions with staff and her communication.” Benedetto did not recall ever disciplining Hardcastle. Thus, Hardcastle “had 11 years of good conduct” and “excellent reviews” during her employment with Family Health.

During the litigation, Benedetto testified that, prior to August 12, 2015, Hardcastle “discussed with her that [she] had a medical condition that she had just learned of and that she might have doctor appointments.” At some point after August 12, 2015, Benedetto decided to discipline Hardcastle—though she did not recall when or why. It was the first time that Benedetto had disciplined Hardcastle in her eleven-year employment.

Benedetto and Hardcastle held a meeting on August 24, 2015. Hardcastle reminded Benedetto that she had shared her diagnosis of a neurological syndrome with Benedetto several weeks earlier. Hardcastle told Benedetto that her condition “could require a medical leave.” Later that day, Hardcastle sent an email to the Human Resources Director regarding her medical condition. Hardcastle informed the Human Resources Director that she had been “diagnosed with a neurological condition a few months ago,” and that the cause of her condition could be “brain or spinal lesions, thyroid cancer, issues with the carotid artery, or lung cancer.”

On September 2, 2015, Benedetto and the Human Resources Director fired Hardcastle. The proffered reason for the termination was that Hardcastle used “poor judgment as a supervisor” based on her comments and questions towards her staff members. Hardcastle was replaced by an employee who does not have a disability.

Family Health did not terminate employees who engaged in worse conduct than Hardcastle. A dentist was found to have viewed pornography on office computers and “a significant issue with a provider” that could create a sexual hostile work environment. Benedetto gave the dentist a warning “because it was not easy to find dentists.” When another employee quit and complained of disability discrimination, the Human Resources Director’s investigation consisted of talking to the employees who were the subject of the complaint and determining that they were “very supportive” of the employee who complained.

Employee Claims She Was Regarded As Disabled

Employee Entitled To Proceed To Trial

In finding that Hardcastle had presented sufficient evidence to establish that she was protected from disability discrimination by the ADA, the trial court pointed to evidence showing that Family Health believed that Hardcastle was, or treated her, as disabled. The trial court observed that Hardcastle told Benedetto that her medical condition would require medical leave and emailed the Human Resources Director that the cause of her medical condition could be “brain or spinal lesions, thyroid cancer, issues with the carotid artery, or lung cancer.” Based on this evidence, the trial court concluded that a jury could reasonably find that Family Health regarded Hardcastle as disabled.