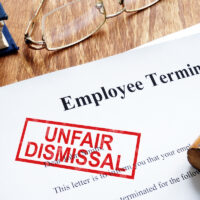 In that case, Ese O’Diah (O’Diah) brought an employment discrimination lawsuit against his former employer, Yogo Oasis, d/b/a Roastown Coffee (Roastown), pursuant to Title VII of the Civil Rights Act of 1964 (Title VII). Under Title VII, it is an unlawful employment practice for employers to discriminate against employees on the basis of race or national origin. O’Diah claims that Roastown violated Title VII by firing him because of his race and national origin.

In June 2009, O’Diah, a black male from Nigeria, began working as a barista at Roastown. A man named Shin, a first-generation immigrant from Korea, owns Roastown. Shin was initially pleased with O’Diah’s work and promoted him to manager. According to one of O’Diah’s co-workers, Shin made a number of discriminatory remarks about O’Diah throughout his employment. On one occasion, Shin instructed O’Diah to tell a group of black men to leave the vicinity of Roastown’s storefront, stating “you black guy, tell those black guys [to] go away.” Although O’Diah refused to do so, Shin insisted, stating “black guys [are] bad for business, you black guy, make them leave.” After O’Diah again refused, Shin became angry and poked O’Diah in the chest, stating “damn black guys no good.”

In August 2010, Shin called O’Diah into his office to confront him with surveillance tape footage that showed O’Diah taking cash from the register and placing it in his pocket. O’Diah explained that the register had run out of change and he needed to run across the street to get more change. Evidently unconvinced by that explanation, Shin directed his assistant to call the police. When O’Diah protested that he had no motivation to steal from Roastown since he had “helped build the store to the way it is now,” Shin responded by pointing his finger at O’Diah and stating: “you Nigerians can’t be trusted.” O’Diah claims that Shin terminated his employment that day for allegedly stealing money from Roastown.