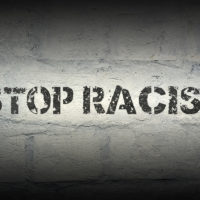 Having been in the trenches fighting for the rights of retaliation victims for almost twenty years, our Marion County, Florida employment retaliation attorneys have learned that employers often exert pressure on employees to withdraw charges of discrimination filed with the EEOC. Usually, employers promise employees some type of job benefit, such as an increase in pay, an increase in hours, or a promotion, in exchange for dropping charges of discrimination filed with the EEOC. However, as the decision by the U.S. District of Columbia Court of Appeals in Ayissi-Etoh v. Fannie Mae, 712 F.3d 572 (D.C. Cir. 2013) illustrates, employers sometimes resort to explicit threats to bring about the desired withdrawal of an EEOC charge of discrimination.

In that case, Placide Ayissi-Etoh (Ayissi-Etoh) brought an employment discrimination lawsuit pursuant to Title VII against his former employer, Fannie Mae, alleging race discrimination, racial harassment, and retaliation. Ayissi-Etoh, who is African-American, was hired by Fannie Mae as a Senior Financial Modeler. After working for Fannie Mae for about three months, Ayissi-Etoh applied for and received a promotion to Team Lead. When Ayissi-Etoh asked a Fannie Mae manager why he was denied a salary increase despite the promotion, the manager, who is white, replied: “For a young black man smart like you, we are happy to have your expertise; I think I’m already paying you a lot of money.” A few months later, Ayissi-Etoh met with a Vice President to discuss why he was still performing staff work despite being promoted to Team Lead. The meeting became heated and Ayissi-Etoh claimed that the Vice President used a highly offensive racial slur.

Giving The Employee A Choice Was Direct Evidence Of Retaliation

Based in Ocala, Florida and representing employees throughout Central Florida, we are dedicated to vindicating the rights of employees who have been retaliated against for opposing discrimination in the workplace. If you have been retaliated against or have questions about an employer threatening you for complaining about discrimination, please contact our office for a free consultation with our Marion County, Florida employment retaliation lawyers. Our employee rights law firm takes employment retaliation cases on a contingency fee basis. This means that there are no attorney’s fees incurred unless there is a recovery and our attorney’s fees come solely from the monetary award that you recover.