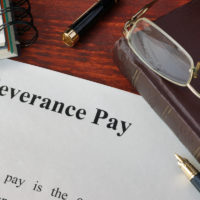 Title VII of the Civil Rights Act (Title VII) prohibits employers from discriminating against employees on the basis of race, color, national origin, sex, and religion. Title VII contains an anti-retaliation provision which prohibits employers from retaliating against employees for complaining about race, color, national origin, sex, or religious discrimination in the workplace. In Crawford v Metropolitan Gov. of Nashville & Davidson Cty., 555 U.S. 271 (2009), the U.S. Supreme Court explained that “[w]hen an employee communicates to her employer a belief that the employer has engaged in . . . a form of employment discrimination, that communication virtually always constitutes the employee’s opposition to that activity” and the employee is protected from retaliation for having complained about employment discrimination.

Having extensive experience representing employees who have been retaliated against for complaining about employment discrimination, our Alachua County, Florida retaliation attorneys have learned that employers frequently respond to discrimination complaints by attempting to ascribe some nefarious motive to the employee’s complaint. For example, employers often claim that the employee made the discrimination complaint because he or she wanted to get someone fired, to extract employment benefits, or to procure insulation from termination. In other words, employers attack the employee who complained and claim that the complaint was made in bad faith. The decision by the U.S. Eleventh Circuit Court of Appeals in Alvarez v. Royal Atlantic Developers, 610 F.3d 1253 (11th Cir. 2010) is instructive in showing that an employer’s decision to attack the employee who complained about discrimination in the workplace can be used to prove unlawful retaliation.

Alvarez, an American citizen of Cuban origin, was employed by Royal Atlantic as a controller. When she arrived at the company, the controller position had been vacant for two months and the company was about a year behind in its accounting. One of Alvarez’s responsibilities was to bring the books up to date. Allegedly unhappy with her performance within there months of hiring her, Royal Atlantic’s Chief Executive Officer (CEO) and Chief Financial Officer (CFO) decided they would fire Alvarez as soon as they could hire a replacement.

The CFO began searching for Alvarez’s replacement. Unbeknownst to the CFO, one of the individuals she contacted was acquainted with Alvarez and tipped her off that Royal Atlantic was looking to replace her. After hearing that she was going to be replaced, Alvarez confronted the CFO. The CFO lied to Alvarez by telling her that the person they intended to fire was the assistant controller, not her. Six days later, Alvarez wrote a letter to the CEO complaining about national origin discrimination in the workplace.

When the CEO read the letter, he immediately contacted the CFO. The CEO concluded from the letter that Alvarez was “unhappy at the company” and “wanted to leave.” The CEO thought her allegations of discrimination were “a lie.” The CFO characterized Alvarez’s discrimination complaint as an attempt to extort a severance payment from Royal Atlantic. The CEO and CFO agreed to fire Alvarez immediately rather than waiting until they had found a replacement as they had planned to do. Alvarez was fired the morning after she emailed the letter.

The CEO and CFO explained that they decided to “accelerate” the process of getting rid of Alvarez because she was “unhappy” and they were unhappy with her. They felt that Alvarez knew that she was going to be fired anyway, it would “awkward” for her to remain at the office and they would get little productive work from her. Although Alvarez never attempted any sabotage, they also feared that she might use her access to the company’s computers and bank accounts to sabotage the company’s operations.

Employer’s Justifications “Would Do Away With Retaliation Claims”

The Eleventh Circuit also harshly criticized the trial court’s determination that Royal Atlantic was allowed to fire Alvarez because she was unhappy working for the company and keeping Alvarez would be “awkward and counterproductive.” The appellate court explained that “[a]nyone who complains about unlawful discrimination is not likely to be a happy camper,” and “[o]nly a masochist would relish being mistreated because of her race, sex, or nationality.” However, the appellate court observed, “recognizing these concerns as legitimate, non-retaliatory reasons to fire someone who complains about unlawful discrimination would do away with retaliation claims and the protection they provide to victims of discrimination.” Thus, the Eleventh Circuit concluded, Royal Atlantic’s assertion that it fired Alvarez because she was unhappy and continuing to employ her would be “awkward and counterproductive” did not constitute legitimate, non-retaliatory reasons for the termination.

Turning to Royal Atlantic’s assertion that Alvarez was fired because it was concerned that she might “sabotage” company operations, the Eleventh Circuit found that that this reason could be characterized as an admission that the company “fired Alvarez because she complained” about discrimination. Because this proffered reason could be viewed as a desire to “discourage or punish complaints about discrimination,” Royal Atlantic was required to “convince[ ] a jury that it had a reasonable basis for fearing that unless it fired her immediately, Alvarez would sabotage its operations or harm others, and there was no less drastic means of reliably preventing that other than firing her.” An argument, the Eleventh Circuit believed, that was unlikely to persuade a jury because Alvarez’s discrimination complaint “contains no threats against the company or anyone else, nor does it provide a reasonable basis for inferring that Alvarez would try to disrupt operations.”

Based in Ocala, Florida and representing employees throughout Central Florida, we have extensive experience representing employees who have been retaliated against for opposing discrimination in the workplace. If you have been subjected to retaliation or have questions about your employer’s response to a discrimination complaint, please contact our office for a free consultation with our Alachua County, Florida retaliation lawyers. Our employee rights law firm takes employment retaliation cases on a contingency fee basis. This means that there are no attorney’s fees incurred unless there is a recovery and our attorney’s fees come solely from the monetary award that you recover.