Employers Are Strictly Liable For Sexual Harassment By High-Level Managers 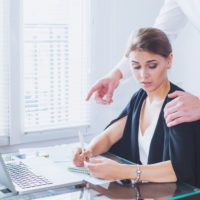 In Faragher and Ellerth, the Court also held that an employer is automatically vicariously liable for hostile work environment sexual harassment when the harassing employee’s high rank in the company makes the harasser the employer’s alter ego. In Faragher, the Court cited with approval cases holding that presidents, owners, proprietors, partners, corporate officers, and supervisors with a high position in the management hierarchy are the types of employees who can be considered a company’s alter ego. However, as observed by the U.S. Tenth Circuit Court of Appeals in Helm v. Kansas, 656 F.3d 1277 (10th Cir. 2011), the “contours” of the alter ego theory of liability “are not well defined.” In Townshend v. Benjamin Enterprises, Inc., 679 F.3d 41 (2d Cir. 2012), the U.S. Second Circuit Court of Appeals addressed the scope of the alter ego theory of liability in determining whether the harasser held a sufficiently high managerial rank to qualify as the company’s alter ego.

In Townsend, Martha Townsend (Townsend) alleged that she was sexually harassed by Hugh Benjamin (Benjamin) in violation of Title VII of the Civil Rights Act of 1964. Benjamin was the sole Vice-President of Benjamin Enterprises, Inc. (BEI). Townsend claimed that Benjamin sexually harassed her while she worked at BEI by directing sexually offensive comments to her, propositioning her, touching her sexually, and sexually assaulting her. Townsend maintained that BEI was automatically vicariously liable for the hostile work environment sexual harassment because Benjamin was BEI’s alter ego. On appeal, BEI argued that there was insufficient evidence to establish that Benjamin was the alter ego for BEI.