Employer’s Response To Complaint Of Disability Harassment Was “Grossly Inadequate” 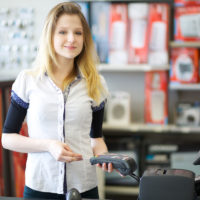 Employee Harassed Because Of Her Disability

In that case, the U.S. Equal Employment Opportunity Commission (EEOC) sued Big Lots Stores, Inc. (Big Lots) on behalf of Christena Johnson (Johnson) pursuant to the Americans with Disabilities Act (ADA). The EEOC claimed that Johnson was subjected to hostile work environment harassment because of her disability in violation of the ADA.

Johnson has been completely deaf in her right ear and partially deaf in her left ear since birth or shortly thereafter. Her hearing and speech impediments have imposed substantial limitations throughout her life. For example, she cannot hear whispers, easily engage in in-person conversation without facing a person to read his or her lips, or use a telephone without focusing all her attention on the call to the exclusion of her surroundings. Johnson also has difficulty pronouncing r sounds and people sometimes have difficulty understanding her speech. Because of her speech impediment, most people immediately understand that she has a hearing impairment. A former Big Lots co-worker recalled, “she talked funny, so you knew she couldn’t—she would more or [less] tell you she couldn’t hear well,” “it was common knowledge,” and “it’s not like you didn’t know.”

In August 2011, Big Lots hired Johnson as a part-time cashier and stocker. Johnson performed cashier, stocking, and returning merchandise to shelves duties. As a single mother with three children (one of whom is completely deaf), Johnson tried to work as many hours as possible and regularly volunteered to work additional shifts at other Big Lots’ stores.

During her employment, Johnson was subjected to “nearly daily harassment” by four co-workers. The co-workers regularly abused Johnson by calling her “retard,” “stupid,” and other similar epithets. The co-workers also continuously mocked Johnson’s manner of speaking and hearing. For example, the co-workers would imitate “some word Johnson couldn’t pronounce correct” over the intercom and “burst out laughing.” On other occasions, when Johnson spoke loudly over the intercom because of her partial deafness, the co-workers “would pick on her over that.” Johnson also testified that if she did not “say the words correctly” or did not “do something correctly,” the co-workers would make “fun of” her by calling her “retard” or “stupid.”

Beginning in 2012 and continuing until 2014, Johnson repeatedly complained to the store manager about the harassment she was enduring. During this time, two other employees also complained to the store manager about the harassment against Johnson. In response to another employee complaint about the harassment to a district manager in October 2014, Big Lots purportedly conducted an “investigation” in November-December 2014. The Big Lots’ manager conducting the investigation “demanded corroboration as a precondition for taking any action against the harassers.” Even when the investigator “received that corroboration, she dismissed it” and deemed the harassment to be “unsubstantiated” despite multiple accounts of disability-based harassment. Three months after the complaint to the district manager, Big Lots held a one-hour all-hands mass meeting where management read all of Big Lots’ existing employment policies to the workforce.

After Big Lots’ “investigation” and one-hour all-hands meeting, the harassment of Johnson resumed in 2015. In 2015, Johnson reported the continuing harassment to the store manager, who again failed to act and instead actively discouraged complaints to corporate officials by making statements designed to chill any attempt to bring outside personnel into the store to address the harassment.

Big Lots filed a motion with the trial court seeking dismissal of Johnson’s hostile work environment harassment claim. In doing so, Big Lots maintained that Johnson’s claim was meritless and Johnson was prohibited from bringing her claim before a jury for resolution. The trial court denied Big Lots’ motion for dismissal and ruled that Johnson had presented sufficient evidence to enable a jury to find that she was subjected to unlawful hostile work environment harassment because of her disability in violation of the ADA.

In moving for dismissal, Big Lots argued that Johnson’s claim must be dismissed because the harassment Johnson experienced was not harassment based on her disability. In fact, Big Lots claimed that the harassment was “unconnected” to Johnson’s hearing and speech impediments. The trial court characterized Big Lots’ argument as “meritless” and found that the evidence conclusively established that Johnson was harassed because of her hearing and speech impediments. In support of its finding, the trial court pointed out that “courts have held that the epithet retard is evidence of disability-based animus regarding hearing or speech impediments.”

Employer “Chose To Do Nothing” about Hostile Work Environment

The trial court also condemned Big Lots’ refusal to take remedial action to prevent the harassment from continuing after conducting its purported “investigation.” The trial court noted that the investigator “demanded corroboration as a precondition for taking any actions against the harassers despite deeming Johnson to be credible.” The trial court observed that such a “negligent approach to harassment prevention would,” if adopted by other employers, “virtually guarantee that most discriminatory hostile work environments would go uncorrected given the often covert nature of workplace harassment.” Although Big Lots knew or should have known of the disability harassment, Big Lots “took no disciplinary action or other targeted corrective action of any kind against the individual perpetrators.” Big Lots’ response, the trial court concluded, of holding a “one-hour all-hands meeting to just read over a plethora of existing company policies to workers, most of which have no relevance to workplace harassment and discrimination, was grossly inadequate.”