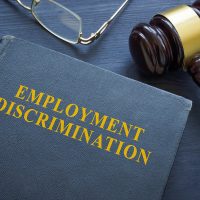 For more than two decades, our Citrus County employment lawyers have fought for the rights of employment discrimination victims. Through their decades of experience representing workplace discrimination victims, our Inverness, Florida employment attorneys have seen the evolution of workplace equality rights, including the progression of protections for gay, lesbian, trans, and other workers based on their sexual orientation or gender identity. Unfortunately, the progress of civil rights is often “two steps forward, one step back,” especially in different parts of the country.

Recently, the Eleventh Circuit Court of Appeals issued a divisive opinion allowing public schools across Florida to perpetuate discriminatory practices. The decision specifically concerns whether transgender students can access their preferred bathrooms on school campuses, but the opinion has profound implications for discrimination in the employment context and elsewhere. The decision furthers a circuit split on the issue of gender identity and bathroom access, priming the matter for Supreme Court review.

The case titled Adams v. School Board of St. Johns County concerns an ongoing debate being held in classrooms and workplaces across the country: Should trans people be allowed to use the bathrooms that align with their gender identity? Can schools, workplaces, and other public places restrict trans people to bathrooms aligned with their birth-assigned sex?

The underlying facts are straightforward: A local school board in St. Johns County, Florida, prohibited a transgender male high school student from using the boy’s restroom. The student sued the school district. The trial court ruled for the student, finding the school board’s policy violated the student’s rights under the Equal Protection Clause of the U.S. Constitution as well as Title IX, which prohibits sex discrimination in education. On appeal, an Eleventh Circuit panel agreed with the student.

The school board successfully petitioned for en banc review, in which the Eleventh Circuit reversed the prior courts’ decisions by a 7-4 majority. Notably, all seven judges in the majority were appointed by Republican presidents, including six Trump appointees, while the four dissenters were appointed by Democrats.

The court stated that the school had an important interest in protecting students’ privacy. The court ruled that the “plain and ordinary meaning of ‘sex’ in 1972,” when Title IX was enacted, does not prohibit the school district from requiring separate bathrooms based on biological sex. The court cited the “Spending Clause’s clear-statement rule,” asserting that “the term ‘sex,’ as used within Title IX, must unambiguously mean something other than biological sex—which it does not—in order to conclude that the School Board violated Title IX.” It’s up to Congress to explicitly add “gender identity” and/or “transgender status” to Title IX for such categories to receive protection.

The language used by the majority in reaching its conclusion may have wide-reaching implications in other anti-discrimination contexts. The court did not conclude that, for example, it was enough for the school to offer other, gender-neutral bathroom options. The court addressed head-on the definition of “sex” in federal anti-discrimination laws and concluded that it is limited to biological sex.

Despite the court’s verbal backflips to the contrary, its reasoning directly contradicts the Supreme Court’s 2020 decision in

There, the Court held that discrimination based on gender identity or sexual identity constitutes discrimination on the basis of sex. Other federal appeals courts have held as much.

The decision will likely support a review by the Supreme Court. Unfortunately, the current Supreme Court supermajority has shown an unhesitating willingness to revisit and toss out even recent precedent. If the Supreme Court agrees that sex discrimination does not include discrimination based on gender identity or sexual identity, students and employees around the country will be without recourse in the face of blatant discrimination unless state laws or constitutional precedents fill in the gap.

Based in Ocala, Florida, and representing workers throughout Florida, our employment law attorneys in Citrus County, Florida have dedicated their practice to fighting for the rights of employment discrimination victims. If you have experienced sexual orientation or gender identity discrimination in the workplace or have questions about an employer’s obligation to accommodate your gender identity, please contact our office for a free consultation with our employment law lawyers in Citrus County, Florida. Our employee rights law firm takes sex discrimination cases on a contingency fee basis. This means that there are no attorney’s fees incurred unless there is a recovery and our attorney’s fees come solely from the monetary award that you recover.